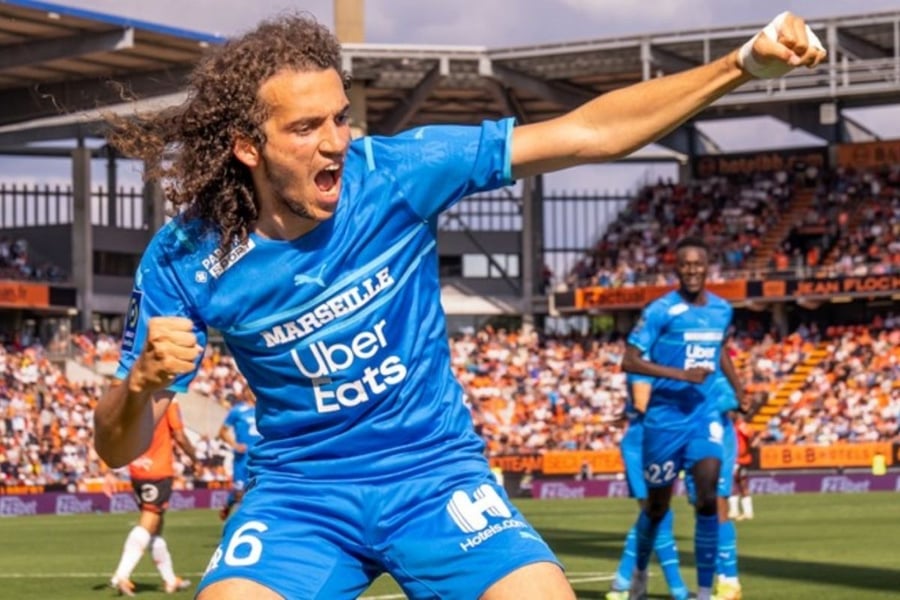 Olympique Marseille retook the second place in Ligue 1 on Sunday with a 3-0 win at Lorient that puts them firmly on track for Champions League football next season.

Jorge Sampaoli's side were denied a place in the Europa Conference League final by Feyenoord on Thursday, but they are eyeing a direct ticket to the Champions League group stage next season after opening up a three-point lead over Monaco.

"We're very happy with this result today, which wasn't easy but was really important," Sampaoli said.

"I think that after a match like the one against Feyenoord, we found the right sort of play to give our response."

PSG, already crowned champions, were held 2-2 by Troyes, who are owned by the same Abu Dhabi group as Manchester City, in the late game.

Kylian Mbappe played the full 90 minutes for PSG as discussions about his future persist with Real Madrid reportedly interested in the World Cup winner but PSG desperate to keep him.

Mbappe's mother Fayza Lamari on Thursday denied a French report that he had agreed in principle to remain at PSG for up to three years.

She tweeted that there was no agreement "with Paris Saint-Germain (or with any other club)" and that "discussions... are continuing calmly".

As Marseille look set to head back to the Champions League, the once illustrious Bordeaux slipped closer to relegation after crashing 4-1 at Angers.

Bordeaux are bottom of Ligue 1, one point behind Metz.

If Saint-Etienne, who have four points more than Bordeaux, win at Nice on Wednesday, then the west coast club's 30-year stay in the top-flight will end.