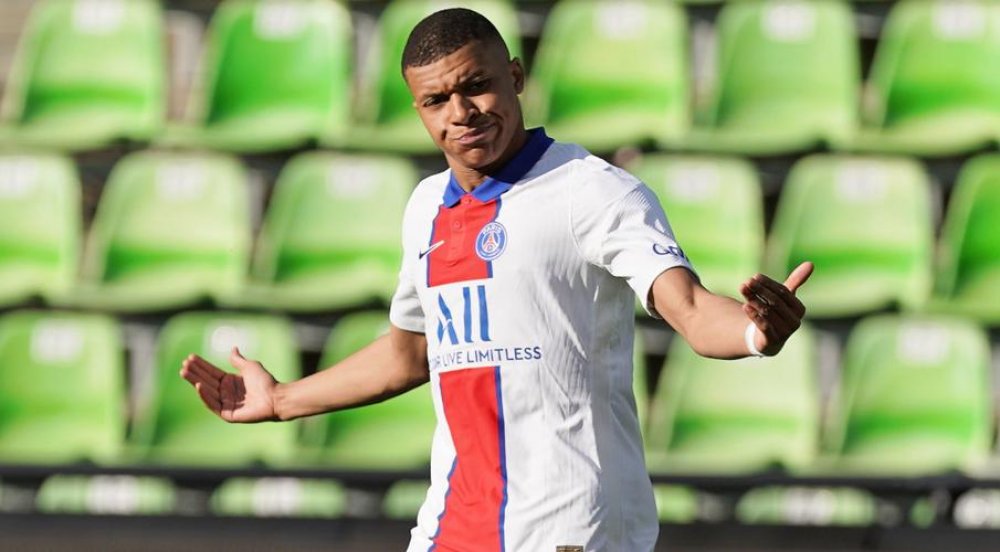 Kylian Mbappe completed a brace for the second game in a row but picked up a thigh injury as Paris Saint-Germain climbed to the top of Ligue 1 on Saturday with a 3-1 victory at Metz.

The France striker was rested for the midweek cup rout of Angers and returned to bolster PSG's title hopes as he netted either side of Fabien Centonze's equaliser to send the defending champions above Lille.

However, Mbappe was substituted in the closing minutes with a heavily strapped thigh, a worrying sign for PSG ahead of Wednesday's Champions League semifinal first leg at home to Manchester City.

Mauro Icardi sealed the victory with a penalty a minute from time.

"He took a knock to his quad, it's a dead leg. We don't think it's anything serious," Pochettino told Canal Plus, playing down concerns Mbappe could miss the City game.

"Kylian was calm and relaxed. We hope it's just soreness."

PSG are now two points clear of Lille, who visit fourth-placed Lyon on Sunday while Monaco, the form side in the second half of the season, are four points back ahead of their trip to Angers.

Neymar was restored to the line-up after serving a two-match ban for his red card against Lille, while Marco Verratti made his first start in over a month following a positive COVID-19 test.

Having scored twice in the dramatic 3-2 win over Saint-Etienne last weekend, Mbappe gave PSG the lead inside five minutes as he ran onto Ander Herrera's chipped pass and fired in via the post.

Centonze tested Keylor Navas as Metz sought to snap a run of nine successive league defeats by PSG, and the full-back levelled early in the second half by heading in Farid Boulaya's cross.

Pape Matar Sarr was then denied by Navas before PSG punished Metz for losing the ball deep in their half, as Mbappe drilled in with the aid of a deflection from 20 yards.

Metz goalkeeper Alexandre Oukidja made a fantastic reflex stop to thwart Leandro Paredes and Herrera rattled the woodwork, with Boulaya then racing back to clear Mbappe's dinked effort off the line.

Mbappe was replaced by Julian Draxler after appearing to hurt his thigh, and Icardi won and converted a late penalty to make it five goals in three games for the Argentine.

Football Club de Metz commonly referred to as FC Metz or simply Metz is a French association football club based in Metz, Lorraine....