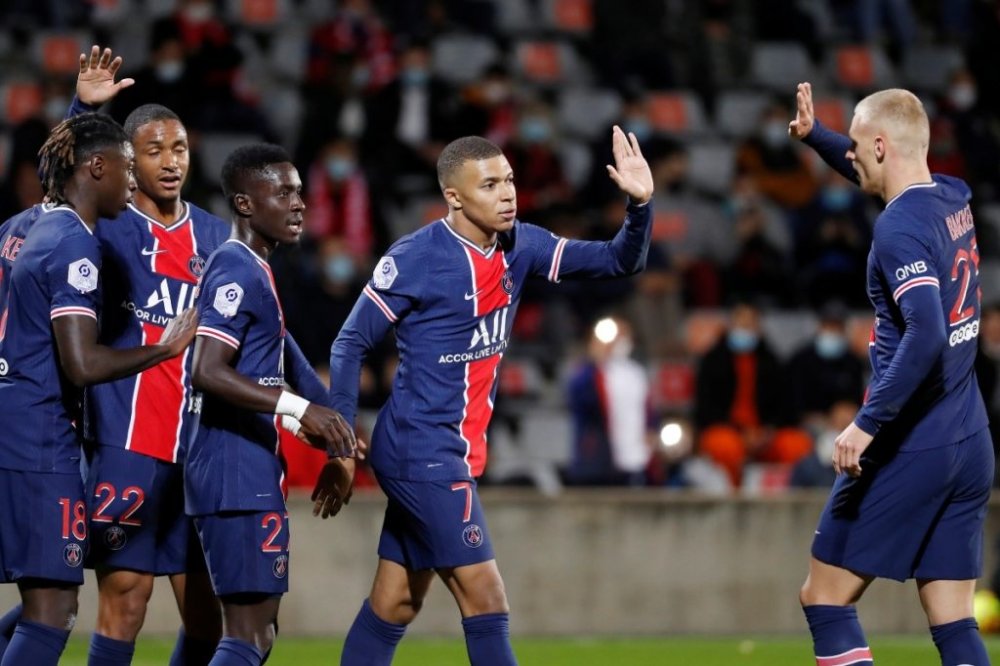 Paris Saint-Germain wraps up a 4-0 win at 10-man Nimes with Kylian Mbappe scoring twice as the French champions moved top of the Ligue 1 standings on Friday.

AllNews understands that Paredes might not be available in the UEFA Champions League match for PSG after a knock in the game.

Mbappe opened the scoring before the break and joined Alessandro Florenzi and Pablo Sarabia in netting inside the final 12 minutes to put PSG on 15 points from seven games.

They lead Stade Rennes on goal difference after the Brittany side were held to a 1-1 draw at bottom club Dijon.

Nimes, who are 13th on eight points, were reduced to 10 men after 12 minutes when Loick Landre was red-carded.

Thomas Tuchel was with several of his players either to International duty, suspension or injuries, yet that does not stop the French Champions from cruising away with all 3-points at the Stade des Costieres.

Next up for PSG is the game against Manchester United in the UEFA Champions League when most of his players will be back.