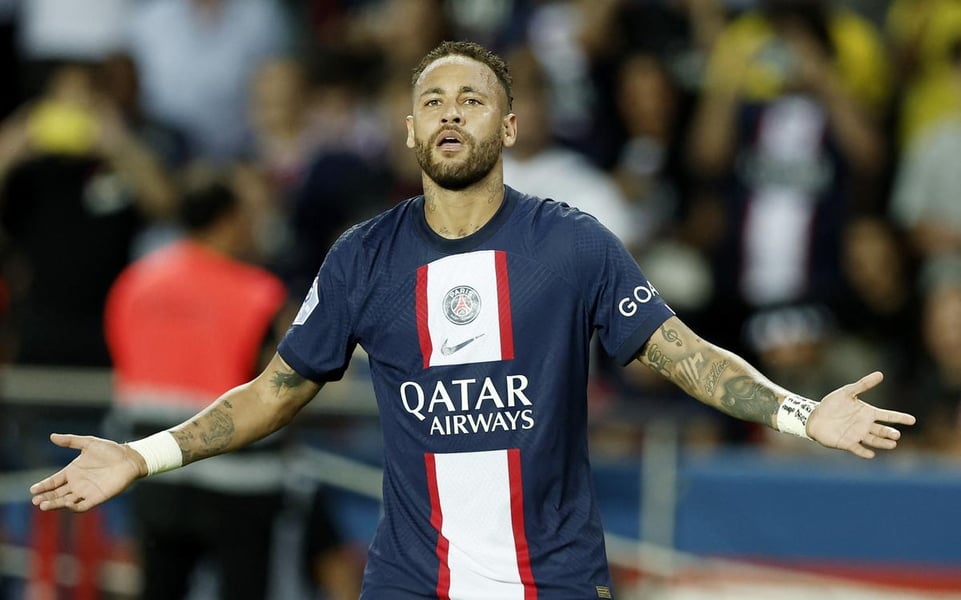 Brazilian forward Neymar continued his outstanding start to the season with a brace despite the return of talisman Kylian Mbappe to the team as Paris Saint-Germain trounced Montpellier 5-2 in Ligue 1 on Saturday.

Neymar rolled in a spot-kick to put PSG 2-0 up at the break on a hot night at the Parc des Princes after Falaye Sacko's own goal had put them ahead.

The Brazilian then headed in his second and PSG's third shortly after the interval, taking his tally for the season to five goals already after just three games.

Wahbi Khazri pulled one back for Montpellier before Mbappe made it 4-1 and new signing Renato Sanches came off the bench to get the fifth late on.

Enzo Tchato notched another consolation for the visitors at the death but PSG have now recorded three wins out of three this season under new coach Christophe Galtier, scoring 14 goals in the process.

Neymar has picked up where he left off last season, when he scored nine in PSG's final nine Ligue 1 matches.

So often plagued by fitness issues since arriving in Paris in 2017, he finally looks in rude health.

In contrast, Mbappe was playing his first competitive game since announcing on the final night of last season that he had agreed a new three-year deal to stay at PSG, turning down a move to Real Madrid in the process.