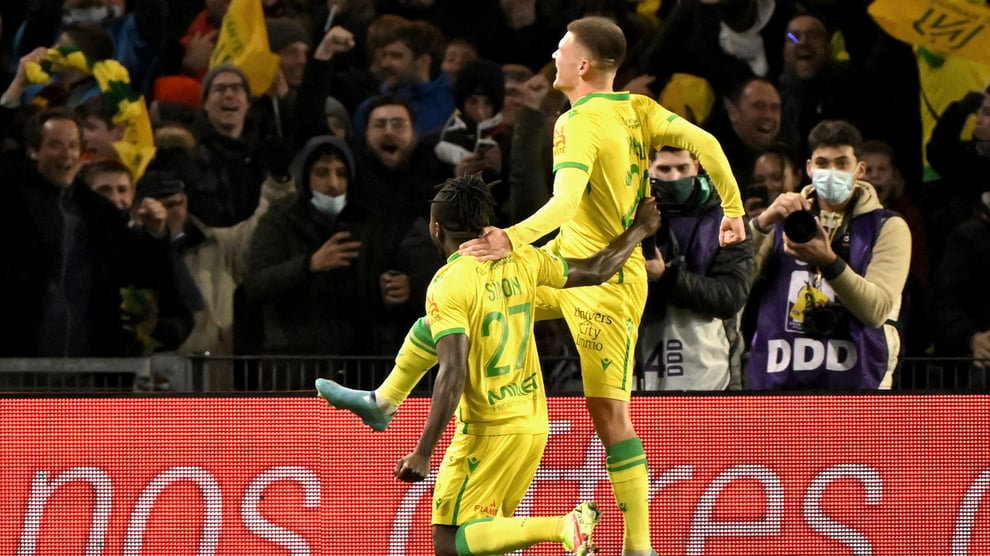 Paris Saint-Germain failed to capitalize on a massive European win against Real Madrid in the Champions League as they slumped to a 3-1 defeat at Nantes in Ligue 1 on Saturday.

Nantes, looking to qualify for Europe for the first time since playing in the 2004 Intertoto Cup, raced into a stunning 3-0 lead at the break – the first time PSG had conceded three goals before halftime in over two years.

Neymar gave PSG hope with his first goal since last November but then saw a poor 59th-minute spot-kick saved.

Mauricio Pochettino's men failed to put any further pressure on their opponents as they slipped to only a second league loss of the season.

But the capital giants remain 13 points clear of second-placed Marseille, who host Clermont on Sunday, at the top of the table.

It was a shock to the system for PSG after Kylian Mbappe's late winner on Tuesday gave them a 1-0 advantage in their Champions League last-16 tie against Real Madrid.

Nantes move into fifth place, only four points off the top three.

PSG coach Pochettino named all of Lionel Messi, Mbappe and Neymar in his starting XI for the first time in three months after the Brazilian's impressive return from injury as a substitute in the win over Real.

But Nantes wasted little time in taking a surprise lead with a wonderful counter-attack in the fourth minute, as Moses Simon played in Randal Kolo Muani to slip a fine finish through the legs of visiting goalkeeper Keylor Navas.

It was the third straight game that the forward has scored against PSG.