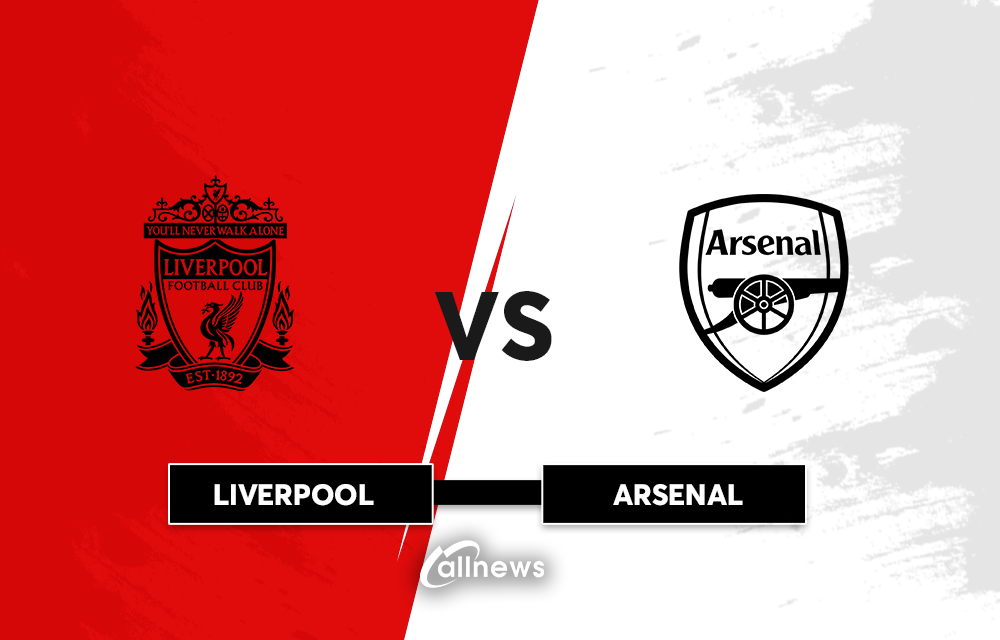 English Premier League (EPL) features two top-flight English clubs, Liverpool vs Arsenal battling for 3 points on matchday 3 at the Anfield in the Merseyside.

Both sides have won their last two games in the EPL - with 6 points apiece on the EPL log.

Liverpool is on a title defending run in the EPL to make a statement across England that last year is not a fluke, which beating of the top six clubs in England would help them do.

The Reds had completed major signings since the defeat at Wembley in the FA Community shield which has bolstered the squad depth.

The additions could make them try to put some revenge in, against Arsenal in the EPL fixture for losing their second Community Shield in two years to Arsenal.

Liverpool is set to be without Jordan Henderson for Thursday’s Carabao Cup third-round tie at Lincoln City.

The captain sustained a minor muscle issue during Sunday’s 2-0 win at Chelsea and though the injury isn’t serious, it will be enough to rule him out of the tie at the LNER Stadium.

Elsewhere, Joe Gomez and Joel Matip will also be absent for the meeting with The Imps.

Pepijn Lijnders told Liverpoolfc.com: “[For] Joe [it] comes too soon, he will train Friday with the team – that’s good news, to be honest.

“Joel will probably only come back during the international break; that will take some longer time, some more time.

“Hendo, hopefully, he will get back next week, but tomorrow for sure is too soon for Hendo. Maybe [back for Arsenal], yeah, hopefully.”

Matip and Gomez might not be available for Liverpool vs Arsenal on Monday but Henderson might be back by then - coming in as a substitution.

Mohammed Salah is on 3 goals scoring a hattrick on matchday 1 against Leeds United, Sadio Mane is also on two goals and would both look to add to their goal tallies against Arsenal on Monday evening.

An impressive Thiago debut, two Sadio goals, a FAB performance and all the best bits from #CHELIV ?https://t.co/DHEWtS1Uzi

The addition of Thiago Silva and Diogo Jota from Bayern Munich and Wolves respectively are advantageous on the Reds whose reliance on the Mane, Salah, and Firmino could become a liability in case of an injury crisis.

Thiago is an experienced midfielder and 'arguably one of the best midfielders in the World', his debut against Chelsea gave a glimpse of the worth of the 20M Euro player.

Diogo Jota is another huge acquisition for Liverpool, signing a winger who already has adapted to EPL having placed for Wolves.

Liverpool will be playing the new Arsenal team at home in Anfield and it would be without their fans after England Prime Minister, Boris Johnson made the announcement of 'no fans' till further notice.

We're likely to 'combine experience with talent' as we name a strong team to begin our @Carabao_Cup campaign tomorrow night ?#LFC | #CarabaoCup

Assistant manager Lijnders discussed the recently-arrived duo during his press conference to preview the Carabao Cup clash with Lincoln City.

He added, "the indirect developments are the most important of signings. Because Thiago is so calm and plays so many creative passes, all the others start playing like this. This is the power of the example, the power of the models. He will not only improve our game, but he also will improve the other players."

Pep Lijnders on Diogo Jota, "He is a pressing machine". His tactical level is the same as our front three (Mane, Firmino, and Salah)

Arsenal has been a different side since Mikel Arteta took the reins at the Emirate Stadium in London after leaving his assistant job in Manchester City under Pep Guardiola.

He had been able to keep important names at the club including the skipper, Pierre-Emerick Aubameyang, David Luiz, Pablo Mari, and Dani Ceballos.

Gunners also attracted some important players such as Willian from Chelsea, Gabriel, and Cedric Soares.

Contract renewals have been dished out to younger players too which include Bukayo Saka.

Arsenal won their last three games including the 2-0 triumph against Leicester City in the Carabao Cup.

This fixture would be seen as the true test for Arsenal by the neutrals and the fans would see it as an opportunity to make a statement that a new Arsenal side is here.

Arsenal striker, Alexandre Lacazette is on two goals, Aubameyang is on 1 and they will both want to add to their tally against the EPL defending champion to make a statement across England.

New Arsenal goalkeeper, Alex Runarsson might not play in the fixture since he was brought in for a backup role for Bernd Leno and would probably watch the match from the bench.

He will be able to witness first hand the intensity of the English Premier League and could help with his development.

Another player worthy of recognition in Arsenal is Eddie Nketiah, scoring the final goal in the 2-0 win over Leicester City in the Carabao cup and also in 2-1 against West Ham in the league

? Here's how we did it... pic.twitter.com/j6qDtEbSCx

There is also healthy competition in the squad after what Willock said on the club's twitter page, he said, "We're trying to make the manager question who he should put in. We're all fighting for our place to start and that puts all of us under pressure, it's good pressure."

? "We're trying to make the manager question who he should put in. We're all fighting for our place to start and that puts all of us under pressure, it's good pressure."

? @JoeWillock is up for the battle for a starting place!

US: New customers can use the free trial offer on FuboTV* to stream broadcast of Liverpool vs Arsenal by following the simple steps below.