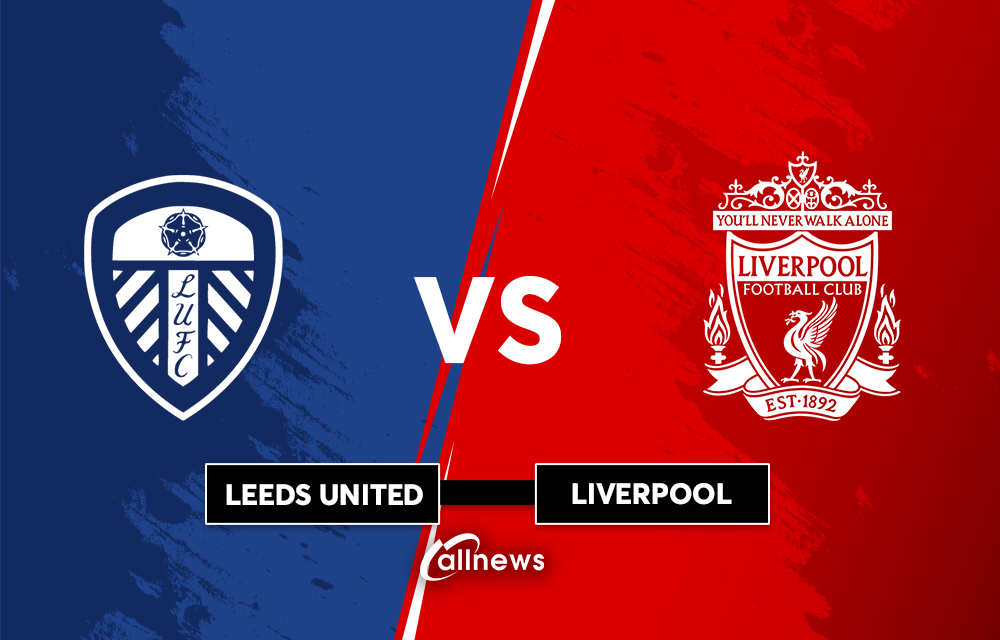 The 2020-21 EPL Season kick-off at 12:30 pm which features Fulham vs Arsenal but also includes Liverpool vs Leeds United on matchday 1 of the English Premier League.

EPL defending Champions, Liverpool is on their defending title race against newly-promoted Leeds United after winning the EFL Championship

Some important facts about the matches:

Liverpool is unbeaten in their last eight matches against Leeds United in all competitions (W6 D2), since the 1-2 defeat in April 2001 in the English Premier League.

This will be the 7th time in the premier league history the reigning champs, Liverpool will face the newly promoted Leeds United at home on matchday 1 winning 6 of the previous games.

The Winner of the EFL Championship has not won on matchday 1 of the EPL season since Sunderland in 2007-08 season against Tottenham, including Norwich last season against Liverpool in Anfield.

A quick discussion about each team in the EPL was done and see what Nicks Twigg has to present........

The start of the new @premierleague season is two days away ✊

What can we expect from each of the 20 teams? We got the lowdown from one supporter per club in our annual season preview... ⚽

Tell us about your manager…

If I’m honest, I was a bit skeptical at the start, as I wasn’t too sure anyone could create a real ‘team’ from the squad we had back in 2018. Bielsa’s brought on the likes of Kalvin Phillips and Luke Ayling and created a side that dominated last season. It’ll be good to see the impact he can have in his first season of Premier League football – one thing that can be guaranteed is the preparation he’ll have in place for it!

How are you likely to line up this season?

I don’t expect much change from last season, although we’ve brought two or three good signings that will undoubtedly create some competition for places. It’s a big step up from the Championship, but keeping the likes of Phillips/Hernandez/Dallas fit is going to have a huge bearing on whether we compete, or we struggle.

Who will be your most important player?

It’s hard to pinpoint an individual, but as mentioned above, Kalvin Phillips and Pablo Hernandez are huge players for us, and as results proved last season, we’re better with both players in the side. Robin Koch’s been brought in to replace Ben White, and our back four will undoubtedly have more work to do than last season, so I’m hoping he lives up to expectations.

? The rockstar hard at work planning his next goal celebration! https://t.co/8PlZ2RQh6D pic.twitter.com/t9CT1gSIB0

The fixture you’re most looking forward to?

It has to be Man United home or away, although as things are right now, I guess the atmosphere won’t quite be the same as it once was. I’ve got a lot of mates who are United fans, and they always try to claim they don’t consider us as rivals, but come December 19 it’ll be a very different story.

One Liverpool player you’d love in your team?

From a common-sense point of view, it’d have to be TAA or Sadio Mane. Both offer something that pretty much nobody else in world football can, it’s mad to think what they would both be worth in the current market. It’d have been nice to get James Milner back in a Leeds shirt for our return to the Prem, though, it’s like he hasn’t aged since he left Elland Road.

Where will your team finish?

Heart says 12th, head says 15th – not sure my heart can take a real battle to the wire!

How are you feeling about the new season?

I'm feeling really positive after last season, who wouldn’t be? The post-lockdown run-in was quite surreal, as we effectively had the title sewn up earlier on in the year, so I’m really interested to see how they kick on this year as reigning champions. The team is largely the same, albeit rivals have strengthened, so I’m optimistic. Who isn’t going into a new season?!

Tell us about your manager…

I know I’ll no doubt come across as biased, but I’m firmly of the belief he’s the best around. He’s given us all that we wanted in as much as he led us to a league title, but he’s also given us immeasurably more along the way, too. What a man. He’ll always be remembered as the manager who brought the league back to Anfield, but I sincerely hope it’s at least a few more years until we have to talk about his legacy. I’m really excited to see how he continues to develop this team in the coming years. As clichéd as the soundbite seems, there is an element of truth to the whole ‘doubters to believers’ line. What a ride the last five years have been.

How are you likely to line up this season?

Initially, I'd be surprised to see us play anything other than 4-1-2-3, but I’m interested to see how the team and system changes, as it did a couple of times last year.

The XI of Alisson, Trent, Robertson, Van Dijk, Gomez, Fabinho, Henderson, Wijnaldum, Salah, Mane, and Firmino is widely expected to be our starting line-up when fully fit, so barring injuries, suspensions, or players leaving I don’t think we’ll deviate too far from that initially. There is a lot of talk about how the midfield could change before the end of the window, so we’ll see what happens there.

Who will be your most important player?

You’d be hard-pressed to pick one! Alisson has been incredible and Virgil van Dijk has been remarkably consistent in front of him; I think missing the latter would be an issue for the team. Fabinho was sorely missed for a while last year, so he’s another vital cog in the machine. The front three rightfully pick up a lot of the headlines, and it’s nice to see a growing appreciation of what Henderson offers us in midfield, too.

With all of that said, though, I think the full-backs are the key to this team. There seemed to be a slight switch early on last season with just how prominent both Trent and Robertson became to our overall approach play, so I’d be surprised if that isn’t a prominent feature to this season as well. They’ve picked up a lot of assists across two seasons, but a lot of our game now runs through both, particularly through Trent.

The fixture you’re most looking forward to?

The away at Man Utd in early May seems perfectly timed for a potential title run-in towards number 20. Apart from that, though, home games against both Manchester clubs three weeks apart in January and February will be good, if only for the fact we may potentially be able to attend games then.

One opposition player, you’d love to have in your team?

If I were looking around the league at other players, I don’t think I could look past De Bruyne. He’s absolutely phenomenal.

Where will your team finish?

US: New customers can use the free trial offer on FuboTV* to stream the broadcast of Liverpool vs Leeds United by following the simple steps below.

Watch how Liverpool gets crowned Champions of the World

Roberto Firmino scoring the goal that saw Liverpool crowned as Champions of the World ?pic.twitter.com/E3VrtL2wme