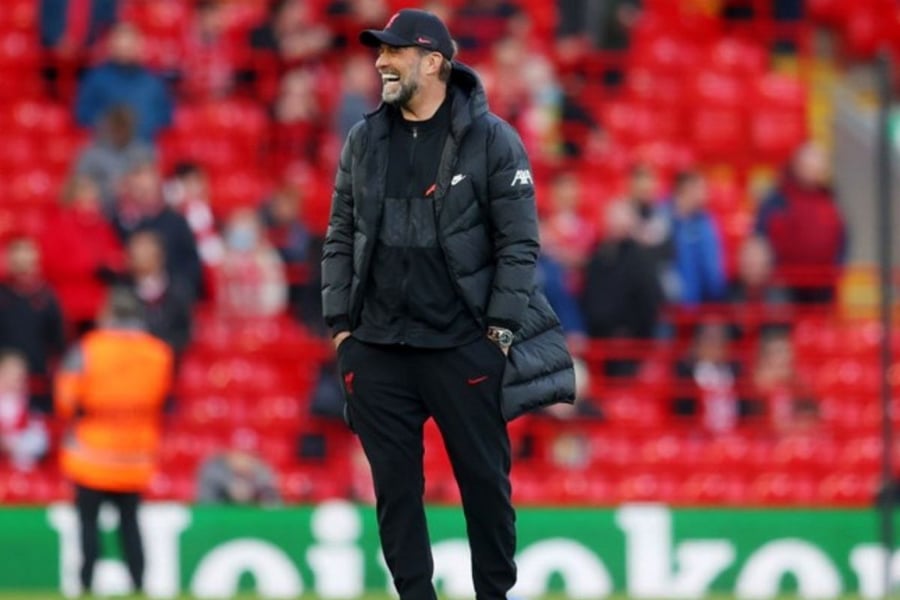 Liverpool coach Jurgen Klopp called on his side to stay completely alert after their 2-0 Champions League semifinal first-leg win over Villarreal on Wednesday.

Liverpool dominated from the start at Anfield, with two quick-fire second-half goals putting them on the verge of a third Champions League final in five seasons.

Klopp, however, who has won all four of his home Champions League semifinal matches as a manager with Borussia Dortmund and Liverpool – seeing his teams score 15 times while conceding three – insisted the job was not done yet.

"It is now halftime (in the tie), no more, no less," Klopp said. "There is still a full job to do, nothing happened yet.

"The best example is you play a game and it's 2-0 at halftime. You have to be completely on alert in the second half and have to be 100 per cent in the right mood.

"They could play the second half like you played the first half, and if they do that then all the advantages we have go away. We go there for the second leg and it'll be a tricky atmosphere, obviously different to tonight. Their players fight for their lives, for their coach."

Sadio Mane, who scored the game-clinching second goal 133 seconds after an own goal had given Liverpool a second-half lead, continued his fine run of form to take his recent tally to six goals in his last seven in all competitions.

Mane's poked finish was his 14th goal in the Champions League knockout stages, the joint-most of any African player along with Didier Drogba.

Since his first campaign in the competition in 2017-18, only Karim Benzema (16) has more knockout stage goals than Mane.

"Historically, we have to win something like the Champions League (for Mane) to win the Ballon d'Or (for the world's best player). I think most of the time it is like this. If you're not (Lionel) Messi or (Cristiano) Ronaldo.

"Sadio wants to contribute and wants to help the team and that's what I love most of all."