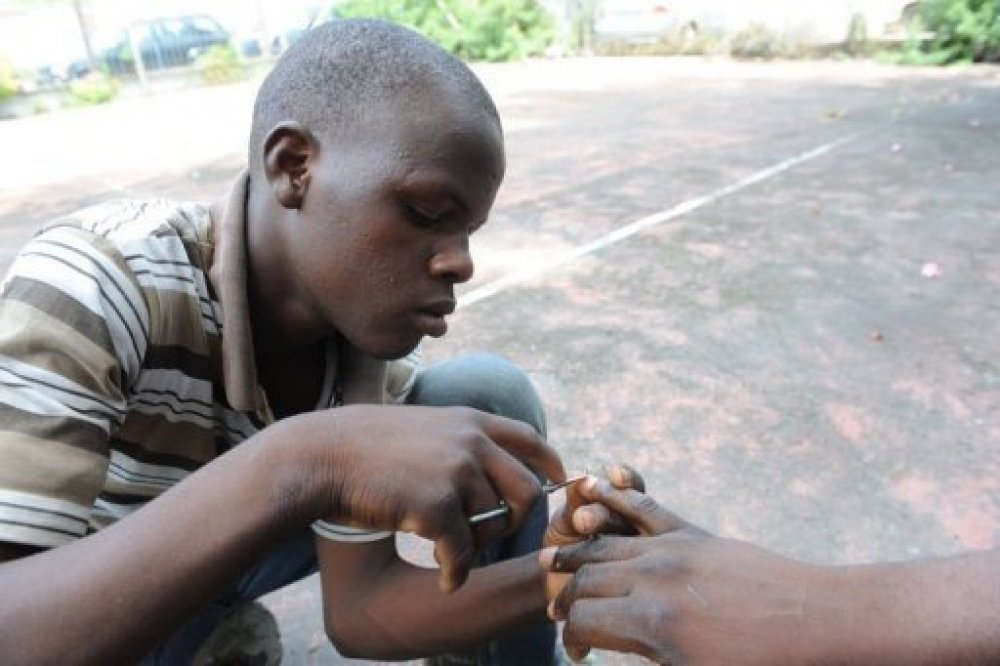 Kabiru, who operates in Benin, told the press that the job was helping him to meet his needs. The nail cutter said that he relocated from Sokoto State to Benin to start the job.

He said that though it was not easy for him to move around the city looking for customers, he was satisfied that he was not idle.

Kabiru told the press that he was into maize farming but had no money to invest in it. He said that he charged N100 for both pedicure and manicure and N50 for either of them.

According to him, starting nail cutting requires only about N1,000 to buy a pair of small scissors, nail cutter, foam, water, and detergent.

When asked if he would love to go back to farming if supported, Kabiru said he would. He said that one would need money to succeed in farming.

According to the report, he was not educated and could only farm apart from nail cutting.