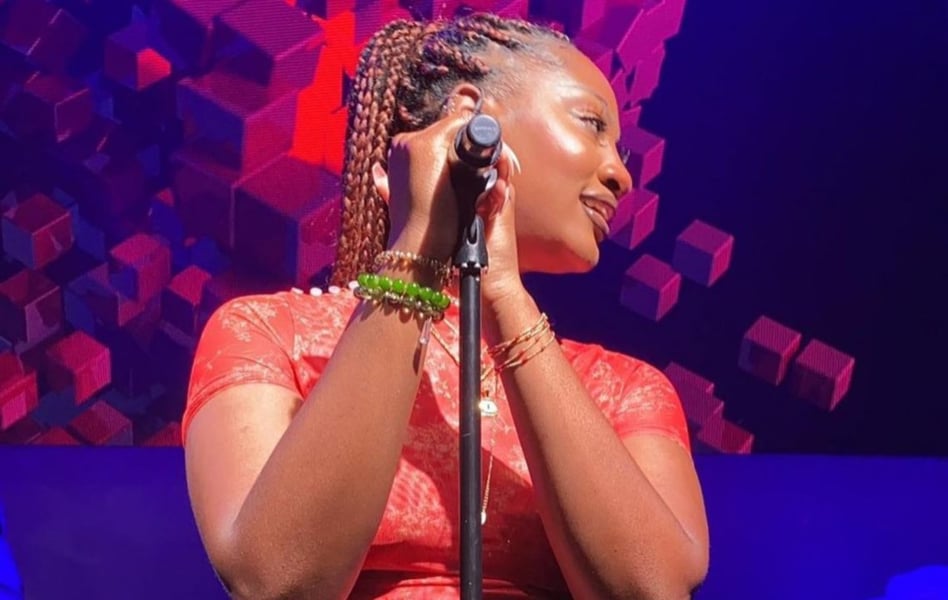 Tems has shut down rivalry speculations existing among the female artistes in the Nigerian entertainment industry following her win at the 2022 BET Awards.

In a tweet on Tuesday morning, she appreciated her female colleague — Asa, Omawumi, Tiwa Savage, Yemi Alade, Waje, Simi, Niniola, Ayra Starr, Teni, Fave and her Ghanian counterpart Amaarae and Gyakie — for getting up and doing something, inspiring others in the process. 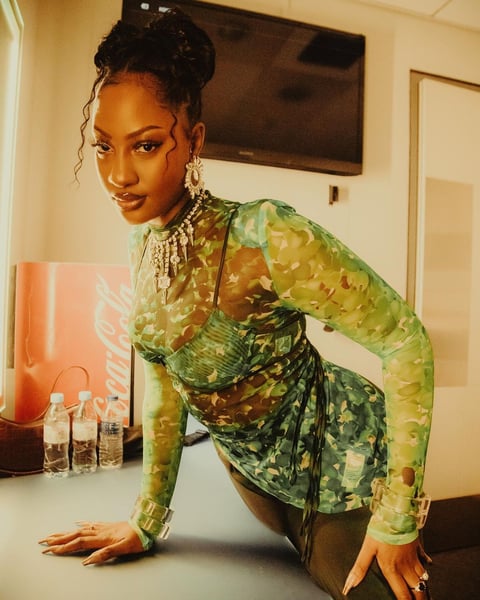 According to Tems, the female artistes are all winning and are about to overwhelm the world but should remember that love resides in their midst.

"We’re all winning and we’re about to move in like a Tsunami. So before it starts, know that Love lives on this side. As we show the world how it’s done.

“And if I missed any messages it is definitely unintentional. I don’t take your kind words and support for granted. Sending you all love today because you DESERVE. Love always” 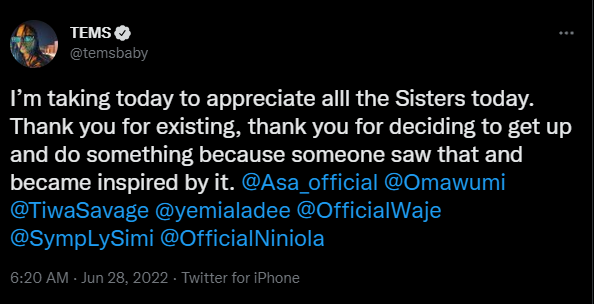 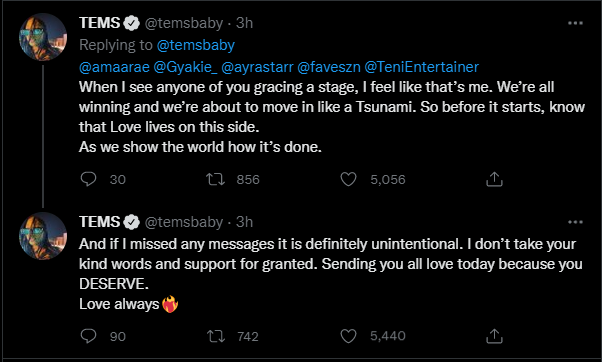 Tems won two awards at the BET — one as the Best International Act and the other for collaborating on Wizkid's ‘Essence’ remix featuring her and Justin Bieber.

Following her win, netizens took to social media to bash other female singers for not congratulating her. Tiwa Savage, Yemi Alade and Simi took the most heat.

Also, when Ayra Starr first hit the limelight, netizens pitted her against Tems, creating an imaginary rivalry between both singers.

However, the speculations about their rivalry soon subsided after they were both spotted hanging out.

Teni Makanaki is a Nigerian singer-songwriter and entertainer

Waje is is a Nigerian singer and songwriter

Omawumi Megbele is a Nigerian singer, songwriter, and actress