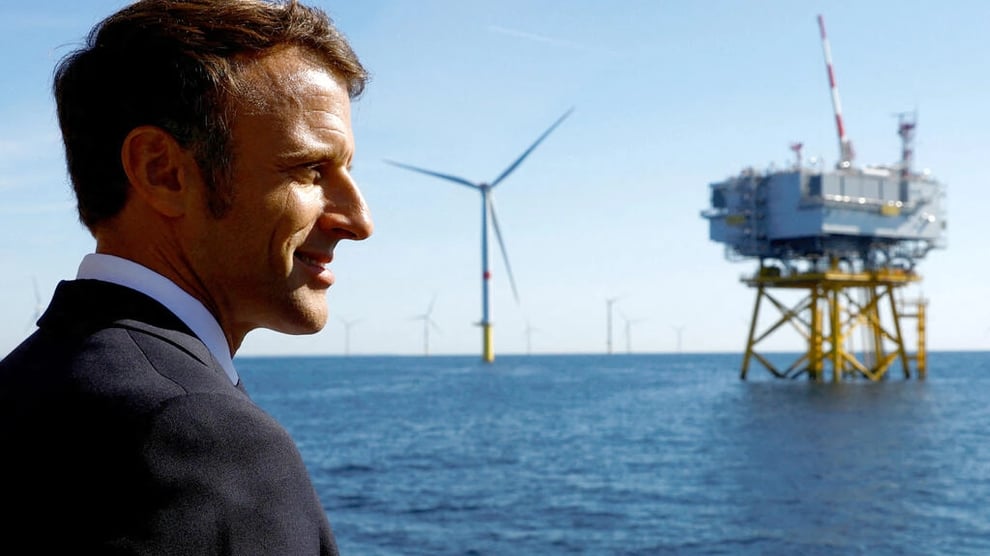 French President Emmanuel Macron took to the Atlantic off the western city of Saint-Nazaire on Thursday to inaugurate the first of a planned series of offshore windfarms.

The project is intended to make France less dependent on non-renewable energy and, in the shorter term, answer national needs in the wake of Russian power cuts.

The French leader promised to cut by half the administrative delays slowing renewable energy projects.

He said he wants to have at least 50 offshore windfarms producing electricity by 2050.

Each offshore project has to be submitted to local communities and other interest groups, as part of a complex judicial process which can take up to 12 years.

Emmanuel Macron wants the entire procedure shortened to six years, the average in other European countries.

By 2050, French national electricity consumption will have risen 40 percent on today's level.

The President in February fixed a deadline of 2035 for the inauguration of six new-generation nuclear reactors.

On Thursday he warned that the calendar would have to be accelerated.