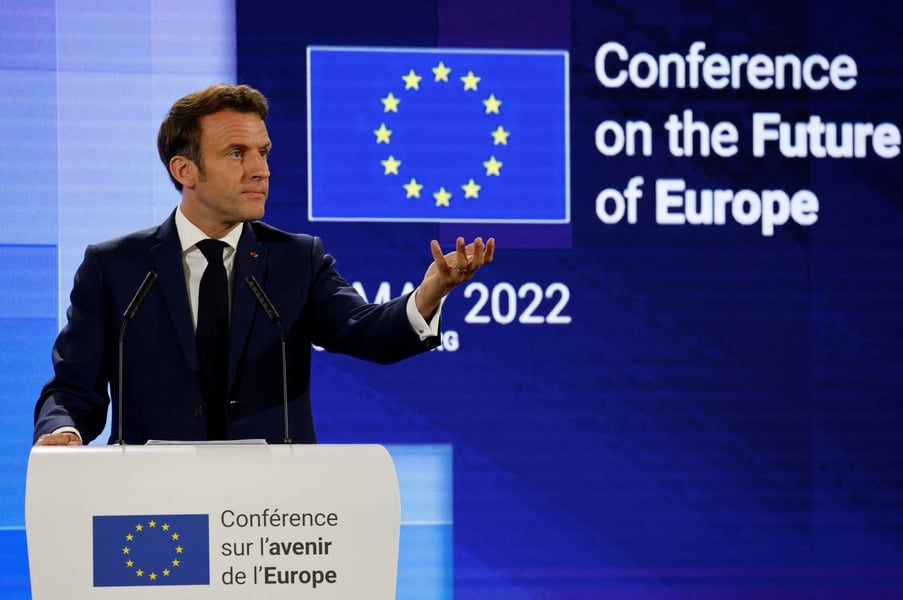 French President Emmanuel Macron on Monday proposed a new political organisation for European countries that share European Union values but are not part of the bloc.

Macron’s suggestion came after he warned that decades could pass before Ukraine joins the European Union and as a result needed to be given some hope in the short term.

During a speech in Strasbourg, the president said he was in favour of a new type of political European community that would allow countries outside the EU, including Ukraine and Britain, to join.

“Ukraine by its fight and its courage is already a heartfelt member of our Europe, of our family, of our union."

“Even if we grant it candidate status tomorrow, we all know perfectly well that the process of allowing Ukraine to join would take several years indeed, in fact probably several decades.

Macron spoke after the European Commission said it aims to deliver the first opinion in June on Ukraine’s request to become a member of the bloc.