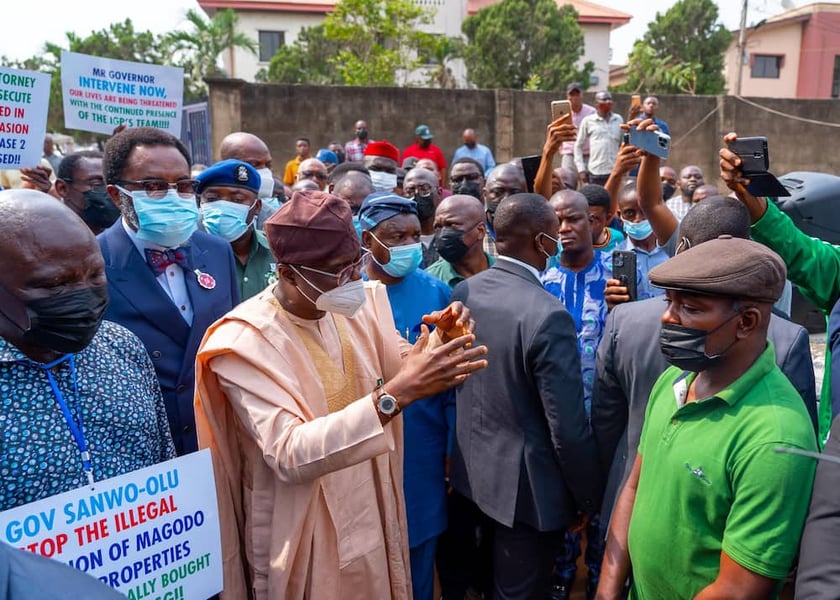 The Governor of Lagos State, Babajide Sanwo-Olu, presided over a meeting on the Magodo/Shangisha land saga at the State House on Wednesday.

Judgment Creditors (Shangisha Landlords’ Association), their lawyers, Lagos Commissioner of Police, officers from FCT Command and Force Headquarters, Magodo Residents’ Association and government officials were in attendance at the meeting.

The bone of contention was the enforcement of the Supreme Court judgement delivered on February 10, 2012, in suit no. SC/112/2002.

A resolution was reached that the Lagos Surveyor-General, Permanent Secretary Lands Bureau, and Commissioner for Physical Planning and Urban Development are to identify available land within Shangisha, how the plots will be accessed and whether infrastructural development is necessary.

After identification, it was decided that the government will immediately allocate the land to the 549 aggrieved Judgment Creditors.

In the event that there are no available expanse of land within the Shangisha village scheme, an alternative will be provided for the Judgment Creditors.

It was also proposed at the meeting that a committee be set up and chaired by Lagos Attorney General and Commissioner for Justice. The committe is to hold talks with the Judgment Creditors on Friday, January 7, 2022.

All parties in attendance at agreed that the police will not engage in any conduct or action that may instigate violence or breakdown of law and order in Magodo.

About two weeks ago, landlords and residents of Magodo, Shangisha Area of Lagos State were knocked into panic when men of the Nigeria Police stormed the area, armed with a Supreme Court judgment compelling the Lagos State Government to give back 549 plots of land to the original land owners.

According to the Supreme Court's judgment, the lands was fraudulently acquired over 38 year ago by the Lagos State Government.