Majority Of People Who Troll Me Are Women — BBNaija Tega 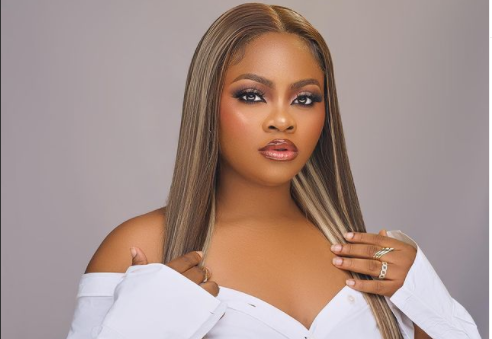 Former Big Brother Naija (BBNaija) housemate Tega Dominic has revealed that the majority of the people who criticise her on the internet are women like her.

On her Instastory, she stated that she has accepted the names she is being called but advised trolls to make sure they are not saints.

Furthermore, the reality star mentioned that women are fond of excusing men's behaviours but will be against women who did not do up to what men do.

"Majority of people who troll and abuse me worldwide are females "OBIRIN", "IBAN" WOMEN, 95% are females flying with the hate and name tags "ashawo, adulterer, disgrace".

"All these are not a problem, my own is make sure you are a saint, coz I have accepted these names tho they are not who I am. But are you ashamed?

"A man does something, it's swept under the carpet by these same women. But a female will kick her leg against a stone, same females will come against her, una no dey shame? 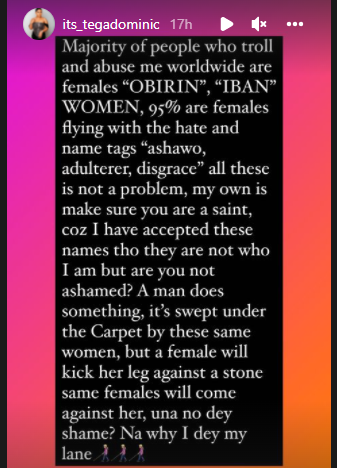