Makinde Rules Out Being Behind Deaths Of Traditional Rulers In Oyo 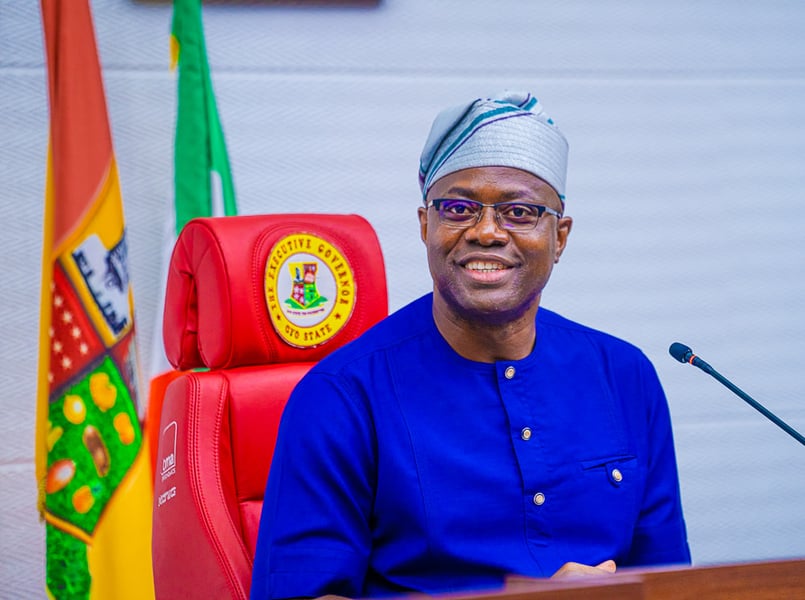 Oyo State Governor, Seyi Makinde has stated that he had nothing to do with the passing away of three prominent monarchs in Oyo State.

The Soun of Ogbomoso, Olubadan of Ibadan and Alaafin Oyo have all passed on to glory within the space of five months.

Stressing that the deaths of Soun of Ogbomoso, Oba Jimoh Oyewunmi Ajagungbade; the Olubadan of Ibadanland, Oba Saliu Adetunji and now the Alaafin of Oyo, were ordained by God, Makinde noted that they all lived a life of impact and left significant marks that would bring progress to the state.

He revealed that the late Oyo monarch had a solution to every problem and that he had gone to rest after fulfilling his time.

"The late monarch lived a life that had a great impact on humanity. Kabiyesi’s impact transcended the shores of Oyo State to all parts of the federation.

"Following Kabiyesi’s demise on Friday night. I have received calls from the presidency, governors, and foremost royal fathers across the country, among others.

"My government will do everything possible to give Oba Adeyemi a befitting burial.

"No matter how old the Alaafin was, we would not have wanted him to join his ancestors. When he ascended the throne of his forefathers, I was very young. But because of the way Kabiyesi was to us, we would have loved to have him with us forever if it was possible.

“For that, we are sad but we are also happy because Kabiyesi lived long on the throne of his forefathers."