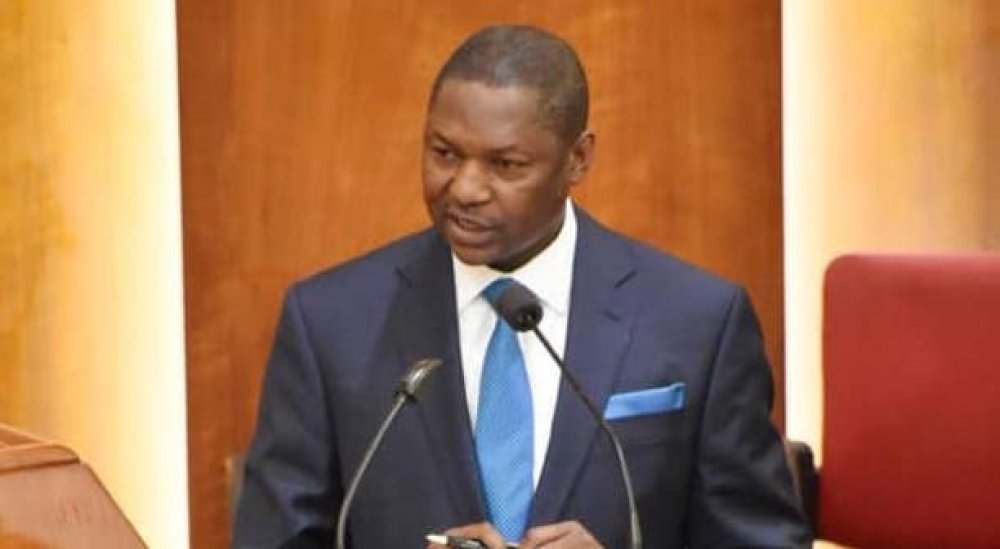 File Image of the Attorney General of the Federation and Minister of Justice, Abubakar Malami

The Attorney General of the Federation and Minister of Justice, Abubakar Malami, recently traded the banned cryptocurrency in Nigeria, accessed Twitter, and deactivated his account to comply with the Federal Government directives of the indefinite suspension of the social media platform in Nigeria.

Analyzing the screenshot image, the former media aide to ex-President Goodluck Jonathan, Reno Omokri quickly pointed out that the Minister of Justice recently traded LATOKEN, a cryptocurrency/bitcoin platform as its icon appeared on the image Malami shared.

“If the Chief Law Enforcer of the Muhammadu Buhari government, Abubakar Malami, SAN, is himself trading in #Bitcoin, as can be clearly seen by the LATOKEN icon on the screenshot he released showing he has deactivated his Twitter account, then not only must he step down and apologize, but his government must repeal the law and allow Nigerians who lost their source of income benefit from trading cryptocurrencies as well,” Omokri alleged.

However, it remains unclear how the Attorney General was able to access his account since the Twitter URL has been suspended by all the Internet Service Provider in Nigeria.

The Minister of Justice on Saturday threatened to prosecute any Nigerian found using the Virtual Private Networks to access social media platforms.

The Minister’s post, however, received over 1000 comments in less than an hour, with many of his followers asking him how he accessed Twitter on Tuesday without the VPN.

The Minister failed to respond to comments and questions from his followers on the social media platform concerning how he deleted his Twitter account without using the VPN.

Read some of the comments below:

Akintunde Babatunde wrote, “How were you able to deactivate Twitter without VPN? You should be arrested.”

Shoyombo Adebisi KingDavid wrote, “Can you explain how you did that without first logging in?”

“This is evidence that you logged into Twitter today via VPN to deactivate your account which is punishable under your unlawful law. Let us see how you will prosecute others without throwing yourself in jail,” Roy Ekwueme wrote.