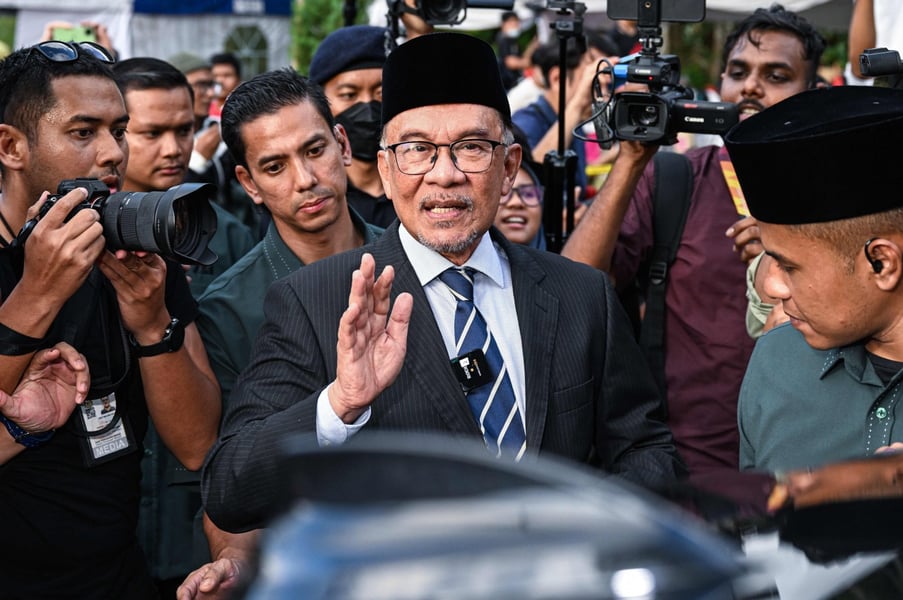 Malaysia's controversial election ended on Thursday as opposition leader Anwar Ibrahim was named as the country's next prime minister. The 75-year-old is to become the country's fourth leader in as many years.

"After taking into consideration the views of Their Royal Highnesses the Malay Rulers, His Majesty has given consent to appoint Anwar Ibrahim as the 10th Prime Minister of Malaysia," read a statement from the palace of the king, Sultan Abdullah Ahmad Shah.

The king had summoned Anwar and former prime minister Muhyiddin Yassin in an attempt to break the deadlock, but no deal could be struck.

Muhyiddin himself had said that the monarch had initially asked him and Anwar to form a "unity government."

He added that; "One of his agendas is to ensure he is able to fulfil his reform agenda as he looks to stabilize a loosely cobbled federal coalition."