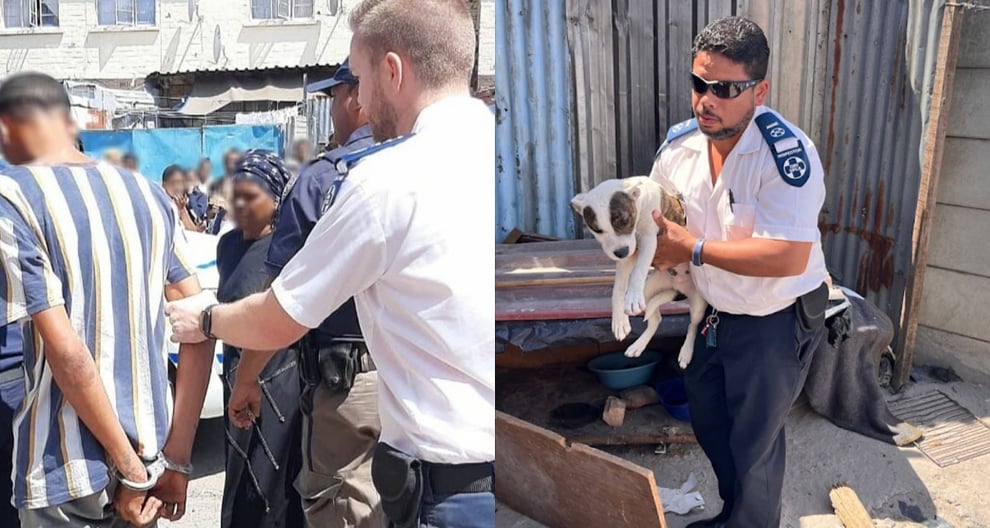 Video footage of an alleged act of bestiality that was shared on social media has led to the arrest of a 23-year-old man in Cape Town.

After receiving the video from concerned neighbors, SPCA inspectors tracked the perpetrator down to a Manenberg house where he was apprehended within hours.

He now faces charges of bestiality under the Criminal Law (Sexual Offenses and Related Matters) Amendment Act and animal cruelty under the Animals Protection Act, which makes it illegal to mistreat, torment, or frighten any animal.

“Thanks to the full support of the Manenberg SAPS and the City of Cape Town’s law enforcement and metro police, the perpetrator was arrested just hours after we received this sickening footage,” said SPCA chief inspector Jaco Pieterse.

“We also removed the victim, a small-breed, young dog from the property.

"In addition to evidence of having suffered horrendous sexual abuse, the puppy was confined to a small wooden box and forced to live in deplorable conditions.”

The dog was examined by a veterinarian and is now being kept in safety at the SPCA of Cape of Good Hope.

“We will do all we can in ensuring the cruel act of animal rape is prosecuted in the interests of protecting those without a voice,” said Pieterse.

The SPCA urged communities to report animal cruelty and cases of bestiality.