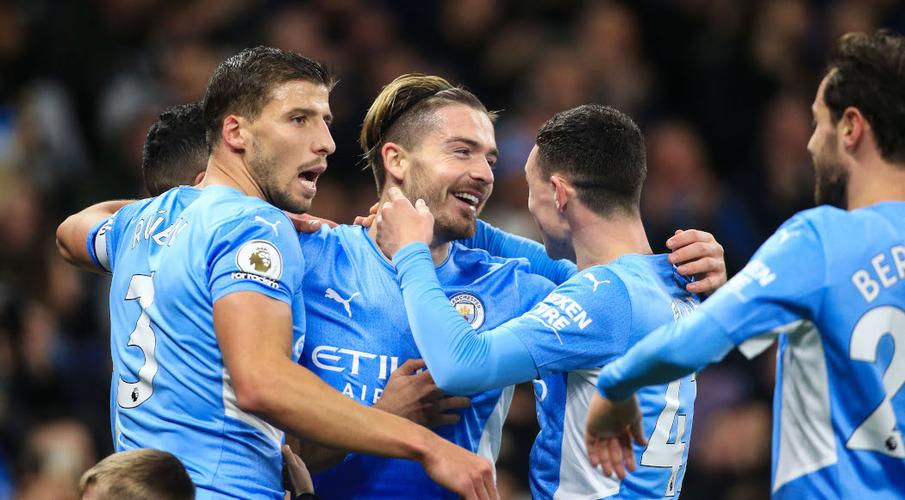 Manchester City geared four points clear at the top of the Premier League as Kevin De Bruyne inspired a 7-0 rout of Leeds to shrug off coronavirus fears in England.

De Bruyne delivered an imperious display including two goals on his first league start since November 6 after the Belgian star recovered from a bout of COVID-19.

The champions' biggest win this season equalled Liverpool's 1982 top-flight record of 33 victories in a calendar year.

"We're proud of the way we're playing. When you get these results it is because individually they are brilliant," Guardiola said.

"Kevin, in these type of games when it is open up and down, is devastating as he can do what he wants. He's so important for us."

It was the joint biggest league defeat in Leeds' history and shell-shocked boss Marcelo Bielsa said: "We've never had a performance like this. There is no justification. I have to take responsibility."

City took the lead in the eighth minute when Foden's shot was deflected in via Stuart Dallas's miscued attempt to clear off the line.

It was City's 500th Premier League goal in 207 matches under Guardiola, setting a new record that surpassed the previous fastest mark by Jurgen Klopp's Liverpool.

In the 13th minute, the 26-year-old headed in Mahrez's cross to score for the first time since September.

De Bruyne marked his return with his first goal since October, converting Rodri's defence-splitting pass in the 32nd minute.

Mahrez added City's fourth in the 49th minute when his strike deflected in off Junior Firpo.

De Bruyne made it five in the 62nd minute with a thunderous 20-yard drive into the roof of the net.