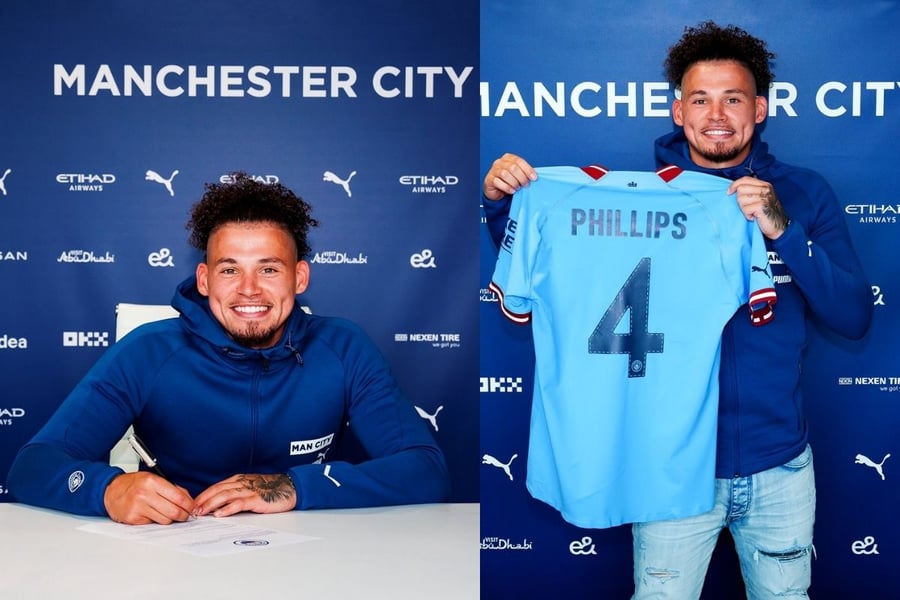 City agreed on an initial fee of £42 million for the England international, with a further £3 million to be added in potential bonuses.

Phillips, who has signed a six-year contract with Pep Guardiola's side, said: "I am absolutely delighted to have joined Manchester City."

We are delighted to announce the signing of @Kalvinphillips on a six-year deal ?

City negotiated a deal in principle to sign Phillips in June and the transfer has now been officially completed.

Phillips, who came through the youth ranks at Leeds, moves to the Etihad Stadium after making 235 appearances for his hometown club over the past eight seasons.

"City have again proved to be the best team in the country with an amazing squad and a manager in Pep Guardiola who is rightly considered to be the finest in the world," Phillips said.

"To be able to play under Pep and learn from him and his coaching staff as well as be part of such a fantastic squad is a prospect that I am incredibly excited about.

"City are a world-class club with world-class staff and facilities and it's a dream come true to have joined the club."

The 26-year-old came through the youth ranks at Leeds and played a key part in their promotion back to the Premier League two years ago.

He went on to establish himself as an England international, featuring in the run to the European Championship final last year.