Man Narrates How Nigerian Police Officer Shot Him, Others Over N20 Bribe 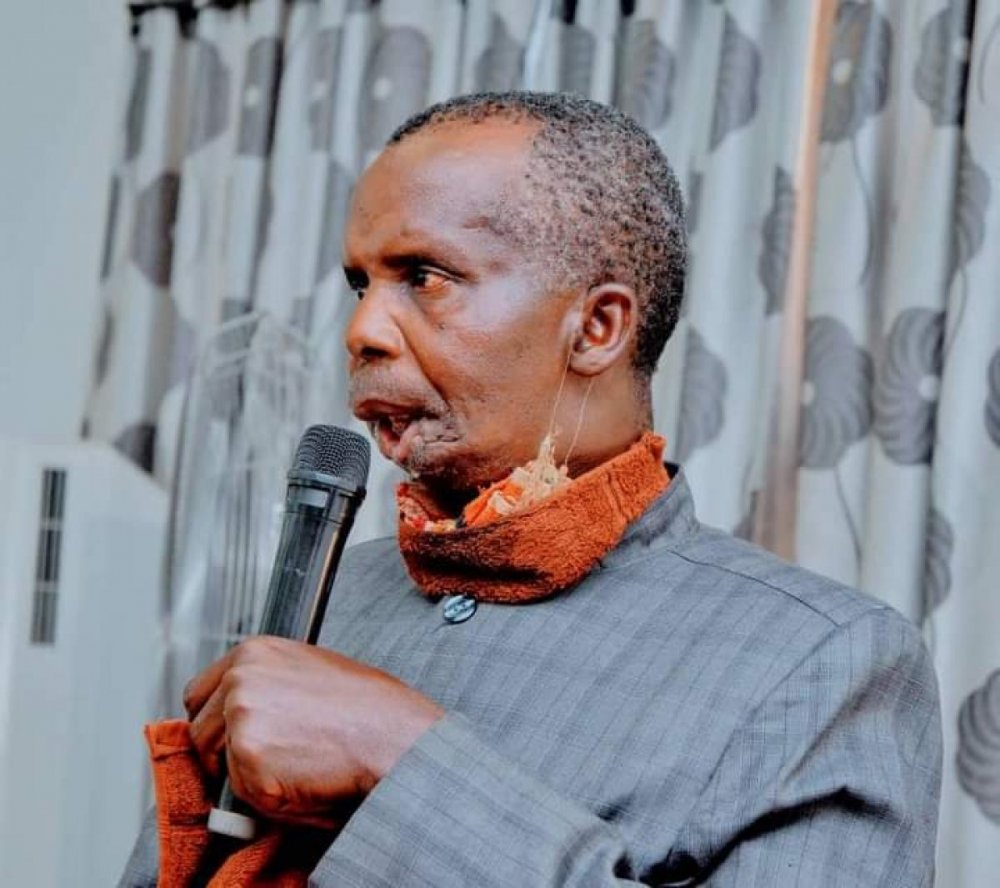 A man identified as Amos Odeyemi has, before the Osun State #EndSARS judicial panel, narrated how a Nigerian Police officer shot at him and 18 others over N20 bribe.

Odeyemi, who suffered facial damage after he was shot by the Nigerian police officer in 2003, had his lower lip, jaw and teeth ripped off by the bullet.

According to the petition obtained by Daily Post, a member of the police team identified as  Olalere George (with Force No. 367218 PC) fired gunshots at the bus and wounded 7 out of the 18 passengers inside the bus, after the driver paid the “N20 customary toll fee” and was cleared by another police.

Adeyemi said, he was a produce merchant and was going to Offa, Kwara State from Modakeke.

He boarded the bus with number XC 778 SGB in Osogbo Osun State to buy cashew nuts on June 22, 2003, when the incident happened.

In his petition, Adeyemi sought redress for the brutality he suffered from the officers of the Nigeria Police Force, Osun State Command; the injuries, pains, and many other adverse effects the injuries have been having on him from that day till date.

The petition read: “At the Railway Crossing, Okuku, a Police Patrol team mounted a checkpoint where the bus driver (Mr. Ibrahim Olagoke) was stopped, the bus was searched, and the Driver dropped the “customary toll fee” (which was then N20.00 per police checkpoint) and he was cleared to go by the Police Officer who checked the bus by waving his hand.

“As the bus moved, another member of the Police team (later identified as/Constable Olalere George (with Force No. 367218 PC) fired gunshots at the bus and wounded 7 out of the 18 passengers inside the bus, including the Petitioner. Constable George’s gunshot entered the Petitioner’s head from the back and came out through the mouth and in the process, scattered the Petitioner’s mouth, lips, teeth and jaw with blood gushing out from his body.

“Our Client instantly fell into coma while the Police Officers ran away from the scene of the crime abandoning our Client and other victims there to die. Till date, the Police Authorities have not disciplined Constable George, members of his team and Divisional Police Officer who gave them weapons to use against innocent members of the Public at the said check point.

“Good Samaritans rushed the Petitioner to Ladoke Akintola University of Technology, Teaching Hospital (LAUTECH) Osogbo where he was treated. Due to his critical conditions, he was later referred to Obafemi Awolowo University, (OAUTHC) Ile Ife where he underwent surgeries and other medical treatments to remove the bullets from his body and head by a medical team led by Dr. Vincent Ugboko, a Consultant Anatomy Expert and Lecturer. Our Client was on admission at OAUTHC for several months and he has since then remained on drugs to reduce his pains.

“Due to lack of the required facilities and manpower in Nigeria, Dr. Ugboko recommended the Petitioner for plastic surgery and further medical treatment overseas vide a letter dated 20/7/2004.

“In response, the University of Miami School of Medicine, Miami, United States of America vide a letter dated 20/8/2004 offered to treat the Petitioner for $120.000 USD (One hundred and twenty thousand US dollars) excluding travelling and living expenses.

“The surgeries were to be performed in stages covering a period of 14 months, during which period he was to remain in Miami with a helper. Copies of the said 2 letters are attached as Annexure GAAC 1 and GAAC 2 respectively.

NEWS:  Police confirms abduction of APC chairman
“The Petitioner used his life savings, the proceeds of the sales of his personal properties and loans for his treatment in Nigeria without any assistance from the Police Authorities, despite his repeated appeals. As a result, our Client filed a case at the Federal High Court, Osogbo to seek legal redress in Suit No. FHC/OS/CS/17/2003:- Amos Odeyemi Vs. (1) Inspector-General of Police (2) Paneler of Police Osun State (3) Constable Olalere George and (4) Attorney General of the Federation wherein the Learned Trial Judge, Hon. Justice Chukwura Nnamani in his judgment delivered on 8/12/2004 held among other things that in shooting the Petitioner, Constable Olalere George was reckless and grossly negligent, the Inspector General of Police and the other Defendants were vicariously liable for the illegal, unconstitutional and unjustified shooting of the Petitioner.

“The bus Driver, (Mr. Olagoke) the Leader of the medical team, Dr. Ugboko and the Petitioner were some of the witnesses who testified during the trial. Regrettably, the Court awarded a meagre sum of N1 million only as special, general and exemplary damages in favour of the Petitioner and without ordering for his further treatment abroad and/or even in Nigeria.

“The said sum of N1 million was not sufficient to cover the Petitioner’s travelling expenses let alone the surgeries and accommodation he needed in the USA. The Police Authorities paid the #1 million during the pendency of the appeal against the quantum of damages in Appeal No. CAD/125/2006: Amos Odeyemi vs. IGP & 4 Ors which has now been fixed for 213.2021

“As a result of the incident, the Petitioner has lost his lower lip, lower jaw and teeth, he can no longer live an average normal life, farm, carry on his produce merchant business or do any other job, eat any solid food, talk well, control his saliva, appear in public without using a towel to cover his mouth long before covid – 19 pandemic surfaced and made the use of nose masks compulsory in 2020.

“The Petitioner has been maimed, disfigured permanently and he now looks like a monster whose appearance frightens most people and drives away people from him. He has been experiencing serious pains and discomforts on daily basis and he remains on medication. If he walks during the day, blood and saliva will be gushing out uncontrollable from his mouth. He is now virtually a human vegetable. He was only 45 years old when the incident happened but he is now 62 years old. He has a wife and 3 children and he is now living at the mercy of God, friends and Well-wishers. 2.08: Some print and electronic media have also published the Petitioner’s tragedy.”