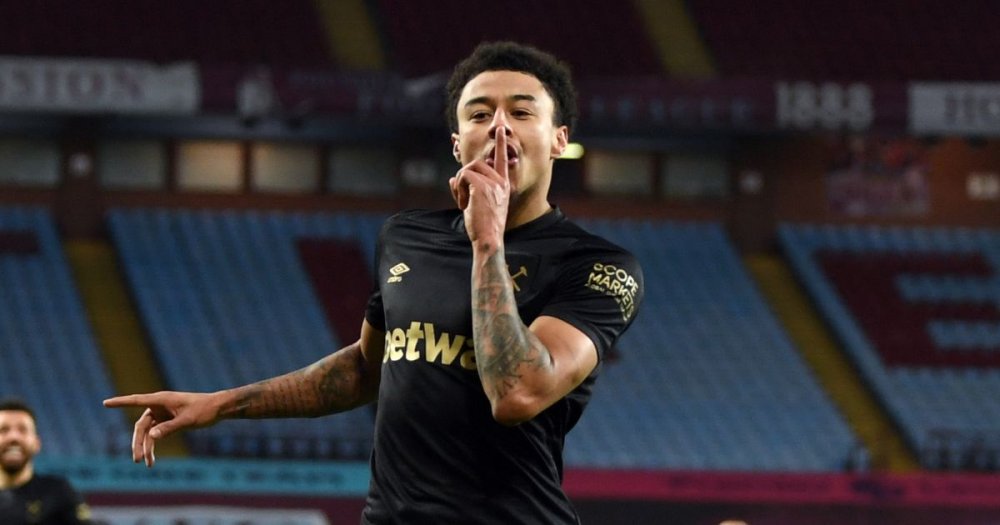 Manchester United loanee, Jesse Lingard pushed for a top-four finish for West Ham United earning them a 2-0 home victory over Leeds United in the Premier League on Monday.

EPL player of the month for February, Lingard converted a rebound from his own saved penalty in the 21st minute for his fourth goal in six appearances since arriving on loan from Manchester United.

Dawson headed in West Ham's second goal seven minutes later to help his side up to fifth spot with 48 points from 27 games.

David Moyes's side are two points behind fourth-placed Chelsea having played a game less.

Leeds twice had goals ruled out before West Ham scored and squandered several good opportunities to get back into the game.

In the end, a frustrating night for Marcelo Bielsa's side left them in the 11th spot.

England forward Lingard arrived at West Ham with something of a point to prove after slipping down the pecking order at Old Trafford and he has not disappointed.

The 28-year-old has given Moyes a different attacking option alongside the power of Michail Antonio and is clearly enjoying himself since his move to east London.

His surging run into the penalty area in the 20th minute caught Luke Ayling flat-footed and the Leeds defender stuck out a leg to bring Lingard down for a clear penalty.

Lingard's penalty was poor though and Illan Meslier made a save, only for the ball to squirm from his grasp and back out for a relieved Lingard to convert at the second attempt.

It was against the run of play because Leeds had twice had goals ruled out, firstly when Helder Costa played in Tyler Roberts to score, but Costa was ruled offside with a VAR check going fractionally West Ham's way.

Patrick Bamford then fired in at the near post but the ball had just gone out of play before Raphinha's cut-back.

"Leeds caused us problems, two disallowed goals, we had to wake up and get into the game," West Ham skipper Declan Rice said. "We could have been one or two goals down and that would have been hard to come back against a team like Leeds."

West Ham doubled their lead when Dawson escaped his marker from Aaron Cresswell's corner and headed in from close range.

Leeds still looked a threat after the break and West Ham keeper Lukasz Fabianski had to tip over Raphinha's deflected overhead kick while Bamford scooped a great chance over.

Dawson cleared off the line late on from Rodrigo's weak effort, although West Ham could have added to their tally when Pablo Fornals thumped a dipping shot against the crossbar.

Leeds ended up with 17 attempts at goal and Bielsa felt they deserved something from the game.

"We had the first 15 minutes in the first half which was the best for us in the game. In the second half the dominance was continuous," he said.