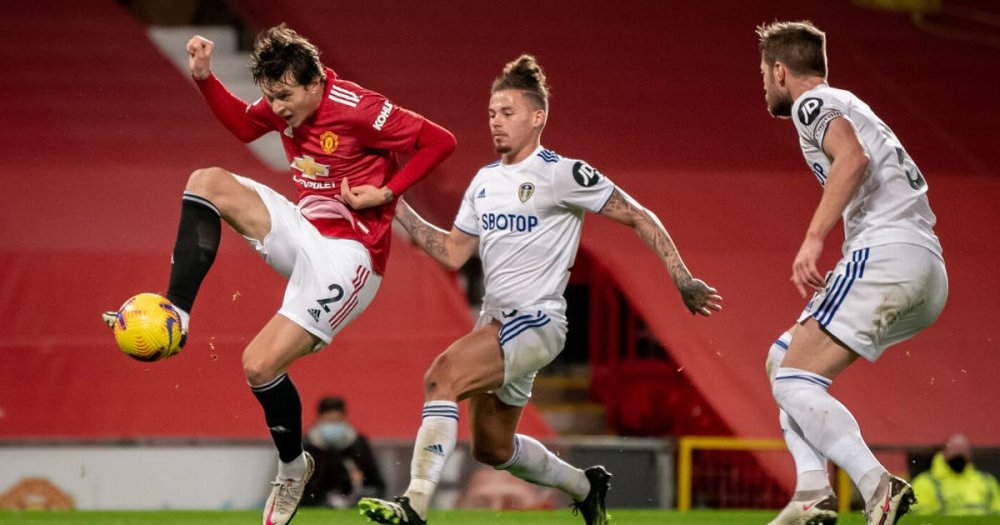 Manchester United held on to take a point away in a 0-0 draw against Leeds United on Sunday and stay on track for a second-place finish in the Premier League.

Ole Gunnar Solskjaer's men beat their bitter rivals 6-2 at Old Trafford in December but both sides looked short of energy and imagination in a lacklustre encounter at Elland Road.

The result takes United to 67 points after 33 games, 10 points behind champions-elect Manchester City but eight points clear of third-placed Leicester.

Solskjaer rested Paul Pogba and Edinson Cavani with one eye on Thursday's Europa League semifinal first leg against Roma and they lacked fluidity, especially in the first half.

The visitors had an early chance when Marcus Rashford raced onto a long ball but he could only hit a weak shot that dribbled wide.

Stuart Dallas fired straight at Dean Henderson in the Manchester United goal as the home side grew into the game but Leeds were living dangerously, conceding fouls in dangerous positions around the penalty box.

Rashford almost made them pay in the dying moments of the first half, thundering a free-kick towards the goal that was brilliantly saved by Illan Meslier.

The visitors found more of a rhythm as the second half wore on and the game opened up in the spring sunshine.

Bruno Fernandes fired wide after a cross from Aaron Wan-Bissaka and Mason Greenwood's left-footed shot was comfortably saved by Meslier.

Daniel James had a golden chance to open the scoring but failed to connect properly with a cross from Rashford.

Moments later, Helder Coster's shot was deflected onto the roof of the net at the other end after a long diagonal pass, while Mateusz Klich shot straight at Henderson when in a good position.

Solskjaer threw on Pogba and Cavani but United could not find the breakthrough.

Most of the teams have just five games to play.