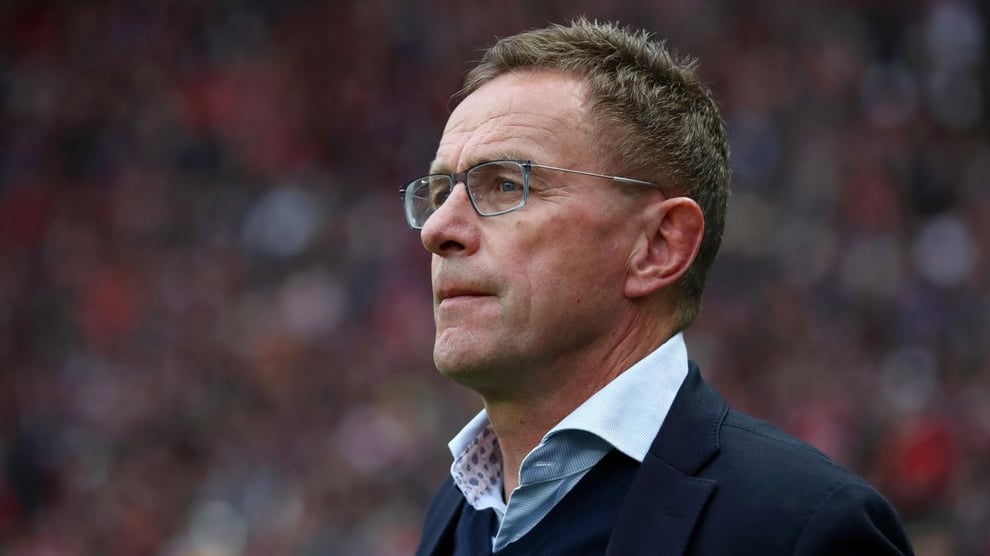 Manchester United are considering replacing club legend Michael Carrick with Ralf Rangnick as the interim coach at the club following the dismissal of Ole Gunnar Solskjaer.

Rangnick 63 is currently with Lokomotiv Moscow as the head of Sports and Development but with discussion on, Carrick will lead Man Utd to face Chelsea on Sunday.

United are planning to make a permanent appointment at the end of the season and Paris Saint-Germain boss Mauricio Pochettino is their first choice, with Ajax head coach Erik ten Hag also in their thinking.

Rangnick is one of the most respected names in German football with Liverpool Jurgen Klopp, Chelsea Thomas Tuchel and Bayern Munich Julian Nagelsmann being influenced by him.

Rangnick has long been recognised as one of the first people behind the 'gegenpress', which translates as 'counter-press'; the high-pressing, all-out running style adopted with great success by Klopp.

He has been linked with a move to the Premier League a number of times before, in both a managerial and sporting director role.

Carrick Not Expecting A Long Term Reign At Man Utd

Ahead of Chelsea's game, Carrick spoke with the press and he was not ambitious, given his present 'interim' role at the club.

The English Midfielder said "My future is the next two or three days, that's as far as I'm prepared to look. Football is that kind of business where you never know what's around the corner at the best of times. All my energy, my mind, is on Sunday.

"I didn't have to ask too many questions, it happened very quickly. This is my role for now, however long it may be.

"It's not about how much I want to do this or how long, it's about what's asked of me really. At the moment I'm enjoying it for what it is, I understand what it is and my responsibilities but I'm literally looking at this next game. It's such a big challenge. Whatever happens after that we'll have to wait and see."