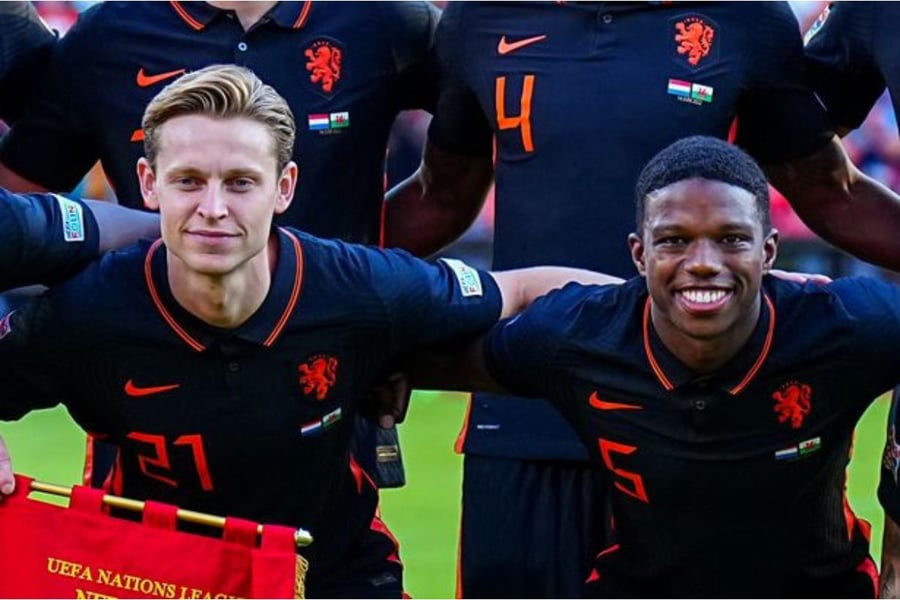 Erik Ten Hag' side will be ending their seven-week pursuit of De Jong as they are expected to finalise a €65million (£56.14m) deal plus add-ons. It is understood the initial fee will be paid in instalments.

New manager Erik ten Hag has also been backed with a €15m (£12.9m) move for Malacia, 22, after United hijacked Lyon's deal for the Netherlands international. Sources say United agreed the fee with Feyenoord on Tuesday afternoon.

Both deals are subject to the players completing medicals and De Jong and Malacia are still on holiday after their involvement in the Netherlands' Nations League matches earlier this month.

United will move onto other targets, with Christian Eriksen and Ajax duo Antony and Lisandro Martinez also coveted.

Ten Hag favours reinforcements affiliated with Ajax or Dutch football and United have not vetoed any of his suggested targets. Club sources claim all players of serious interest have been thoroughly scouted.

United were open to reinforcing at full-back and were spurred into striking a deal for Malacia - who is represented by the same agency as De Jong - amid Lyon's interest. Malacia is set to provide competition for Luke Shaw.

United's return to pre-season training and Ten Hag's presence at Carrington are believed to have expediated the club's transfer activity as the departure date for the pre-season tour looms. United travel to Bangkok on July 8 and Ten Hag is determined to have new signings on board to integrate into the squad.

Malacia started in 32 of Feyenoord's Eredivisie matches last season and lined up in all but two of their Europa Conference League ties, including the final defeat to Roma. Malacia made his Netherlands debut under Louis van Gaal in September and started in both of their Nations League wins over Wales earlier this month.

Although Telles, 29, played frequently following Ole Gunnar Solskjaer's dismissal in November he is not regarded as a starting left-back by Ten Hag and his staff.

Telles regained his place in the Brazil squad last season and would likely have to play regularly to ensure his stays in coach Tite's squad for the World Cup in November.