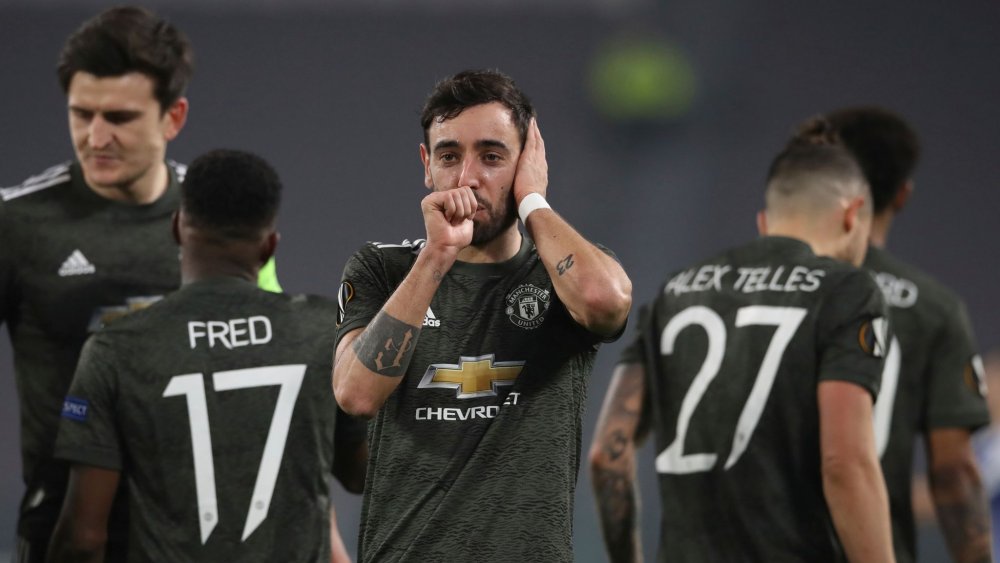 Bruno Fernandes' brace set Manchester United on the road to Europa League last 16 ahead of Real Sociedad on Thursday with the English side firmly in control of the tie.

The game which should be at Anoeta was moved to Turin due to COVID-19 travel restrictions between Spain and the UK, there would not have been any different as there would be no fan present even if it was in Spain.

United started strongly in the game but were thwarted several times by goalkeeper Alex Remiro, who made good saves from Marcus Rashford and Scott McTominay early on.

Fernandes opened the scoring after 27 minutes following a mix-up between Remiro and central defender Robin Le Normand, who collided with one another, allowing the Portuguese to roll his 20th goal this season into an empty net at the Juventus Stadium.

He curled in his second from the edge of the box after 57 minutes, initially ruled out for offside but given by VAR.

Marcus Rashford added the third eight minutes later before Daniel James, who had earlier seen an effort chalked off for offside, made it four in the dying seconds.

United, who won the trophy in 2017, are among the favourites and Fernandes said they plan on going all the way after being knocked out of the Champions League at the group stage.

"We’re in this competition to win it," he said.

"My target is scoring the most goals I can and trying to assist my teammates in scoring too. My target is trophies, and winning trophies is more important than scoring goals.

"Today I think we did everything well. We still have the second leg and a tough game at home; 4-0 is a good result but we have to be aware of what Real Sociedad can do.”

The second leg will be played next Thursday at Old Trafford.

Solskjaer wants silverware to help push this team to the next level and if they can carry on producing performances as they did in Turin on Thursday night, they’ll find themselves favourites to be lifting the trophy in May.