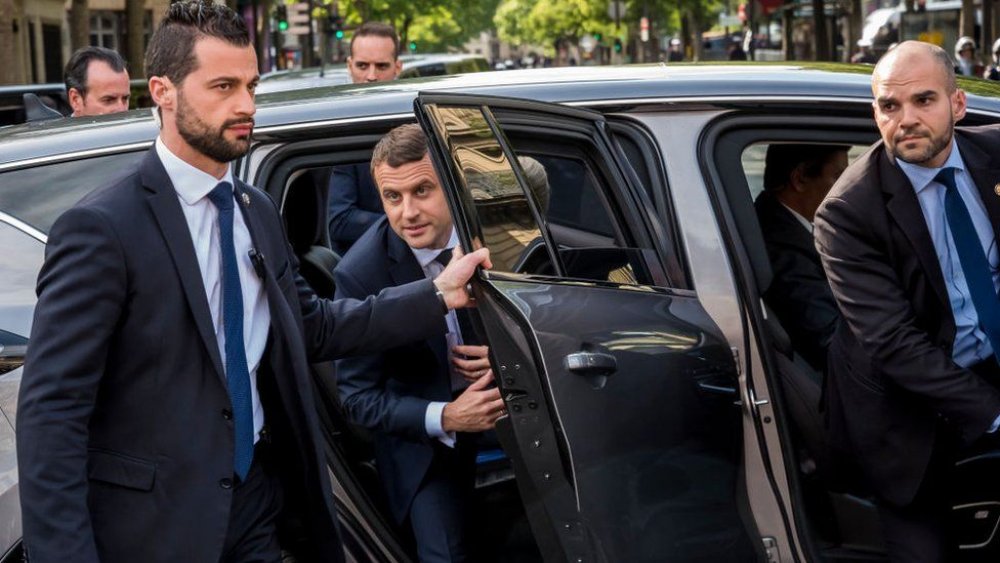 A court in France has jailed the French man who slapped the French President, Emmanuel Macron, for a prison term of 18 months, 14 of which were suspended, on Thursday.

Daniel Tarel, a 28-year-old enthusiast of medieval history, has been in custody since the assault on Tuesday, which the prosecutor had described as “absolutely unacceptable” and “an act of deliberate violence”.

Under French law, prison sentences of less than two years can be converted into non-custodial punishment, meaning it is unlikely that Tarel would spend time behind bars even if the court followed the prosecution’s plea.

The long-haired history buff and board games enthusiast told investigators that he “acted instinctively and without thinking” after waiting for Macron outside a school in the village of Tain-l’Hermitage.

In court, he expressed sympathy for the anti-government “yellow vest” movement and said that he and two friends had considered throwing an egg or a cream pie at the head of state during his visit to the Drome region, according to the BFM news channel.

“Macron represents the decline of our country,” he told the court.

Tarel, unemployed and living on benefits with his disabled girlfriend, said he had been annoyed by Macron’s decision to come to greet him — “an electoral tactic that I didn’t appreciate”, BFM reported.

In a video of the incident, a smiling Macron can be seen striding towards a crowd of onlookers including Tarel who are being kept behind a barrier.

Macron has shrugged off the assault, calling it an “isolated event”, and he has vowed to continue meeting voters despite concerns for his security.

Asked about it again during an interview on Thursday with BFM, he called it a “stupid, violent act” and suggested it was a consequence of the poisonous atmosphere found on social media.

“You get used to the hatred on social media that becomes normalized,” he said. “And then when you’re face-to-face with someone, you think it’s the same thing. That’s unacceptable.”

Leaders across the political spectrum have united in condemning the slap, with many seeing it as a symptom of the fraught political climate and declining standards of public debate just weeks from regional elections and 10 months from presidential polls.

Others saw the assault as a sign of how Macron, a reformist former investment banker, continues to inspire visceral rejection from many French people.

His presidency was rocked by the anti-government “yellow vest” protests in 2018-2019, which were driven in part by anger at his economic reforms as well as his abrasive personality.

Macron, 43, whose personal ratings have risen recently, is expected to seek a second term next year.

Other modern French presidents have been targeted in shootings, including post-war leader Charles de Gaulle and Jacques Chirac.

In 2011, right-winger Nicolas Sarkozy had a security scare in southwest France when he was grabbed violently by the shoulder by a 32-year-old local government employee.