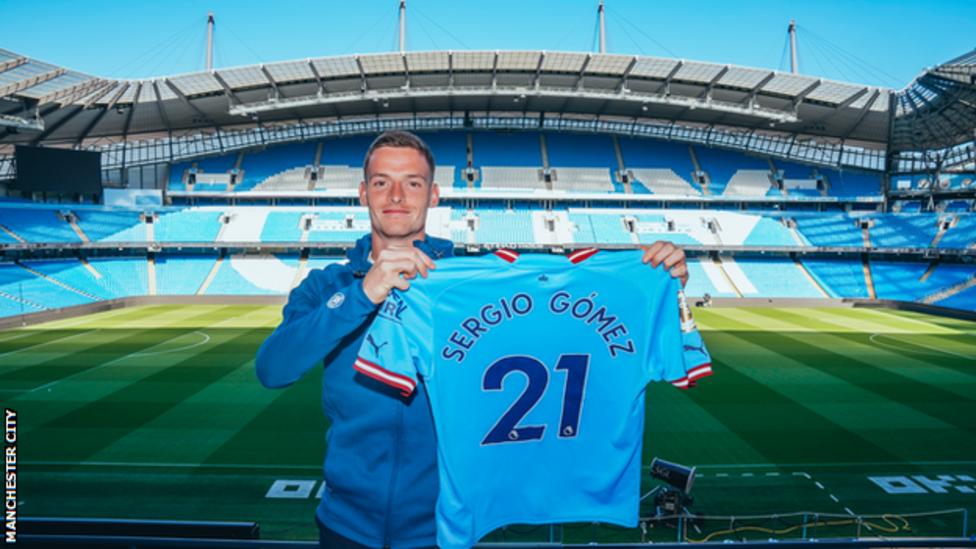 Manchester City have announced the signing of defender Sergio Gomez from Anderlecht for a reported fee of £11m.

The Spain U-21 left-back has signed a four-year deal to team up with the Citizens after spending just one season in Belgium.

City have been in the market to sign a left-back after selling Oleksandr Zinchenko to Arsenal and missing out on Marc Cucurella, who joined Chelsea.

The 21-year-old has expressed his delight at the opportunity to play for Manchester City.

"To be part of this club is a dream come true and something any young player would aspire to," said Gomez.

"I'm very happy that Manchester City is giving me the opportunity, and I'm going to try to give my best on the pitch. Hopefully, we can achieve great things together."

"It was a pride working with him from the first day," he added.

"I used to watch Manchester City when I was younger and he was the captain of the team. He was a role model for everybody. To me, it was an honour working with him and I'm very grateful to him for everything that happened last season at Anderlecht.

"I spoke to him a few days ago. I told him about an option to move to Manchester City and he told me he was very happy for me. He said he was proud of me for this big step in my career."

He has been handed the number 21 shirt previously worn by City legend David Silva who had a stellar time with the club, winning four EPL titles.

Gomez is expected to make his Man City debut against Newcastle United on Sunday.