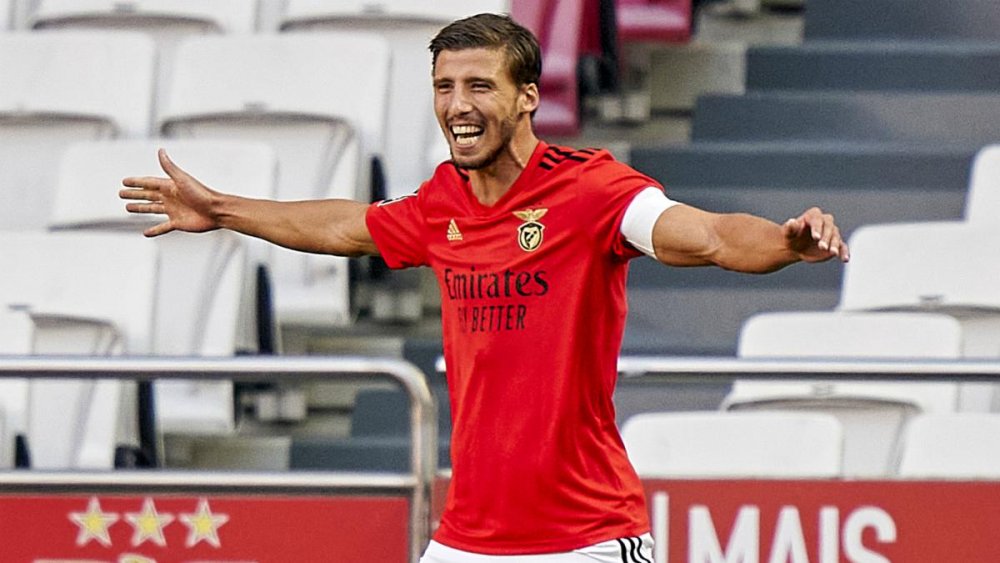 Manchester City has signed Benfica defender Ruben Dias in a swap deal involving Nicholas Otamendi and cash worth £62 million as injury woes and age wears on the team.

AllNews reported initially that injured Manchester City lost to Leicester on the Etihad Stadium on Sunday which has sent some shivers through the City camp and the transfer has been hurried to make some amendments to the team before it gets too late like last season.

Dias, 23, is a Portuguese international and has been a regular since making his senior debut in the 2017-18 season.

Like any other exciting youngster, he has been linked to many big European names but City has swooped in to get his signature as Benfica confirmed his sales on their website.

The deal also involves an additional £3.6M in add-ons for Dias in terms of performances.

Dias was the captain in Benfica's match on Saturday against Moreirense where he hugged the coach and sporting director in a farewell fashion.

Otamendi is on his way out of City after playing for 5 years since arriving from Valencia.

He has won two Premier League trophies, four EFL Cups, two Community Shields, and one FA Cup during his 5 years at City.

It is an excellent deal for Pep Guardiola's side exchanging a 32-year-old for a 23-year-old Dias.

Man City has been missing a key figure at the defense line after the loss of Vincent Kompany to retirement but with the influx of young players like Nathan Ake, Aymeric Laporte, Eric Garcia (if he does not join Barcelona), and now Dias.

Pep back line should be safe for another four years if he could gel them into a team.