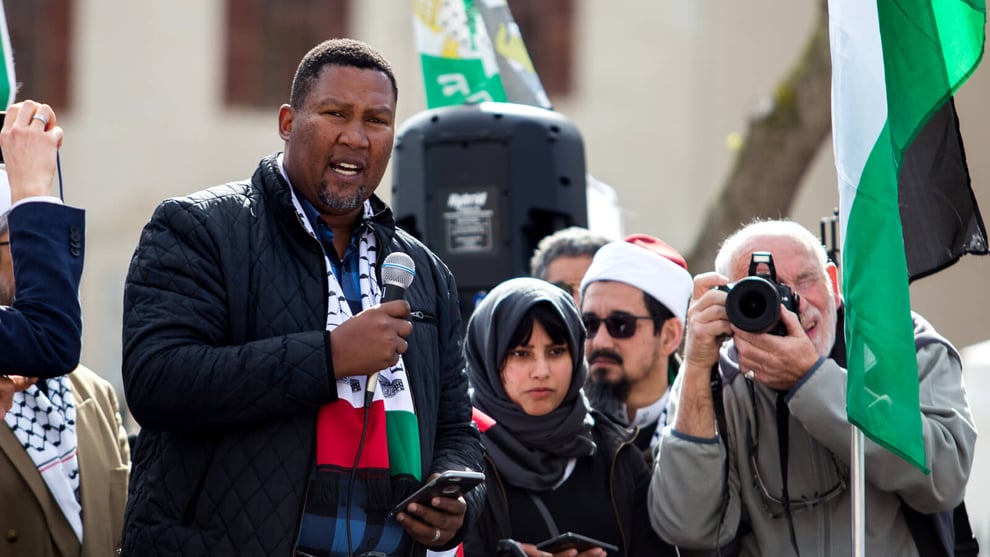 Nkosi ZMD Mandela, the grandson of late Nelson Mandela has called for a boycott of the Miss Universe event that is scheduled to hold in Israel in December.

The call for a global boycott of the Miss Universe event in Israel was made in a statement issued on Sunday, October 17, 2021.

While welcoming the announcement of the winner of the Miss South Africa at Grandwest Cape Town and congratulating Miss Lalela Mswane on her crowning, Mandela expressed shock that the Miss Universe event is to be held in Apartheid Israel.

"We call on our newly crowned and all former Miss South Africa to boycott that event in protest at the occupation and the cruel treatment of Palestinians at the hands of Apartheid Israel regime.

"We call on Miss South Africa and the nation as a whole to boycott and withdraw all support for the Miss Universe pageant in Apartheid Israel.

"There is nothing beautiful about occupation, brutality and institutionalised discrimination against the Palestinian people.

"We call on current and past Miss South Africa's to stand in solidarity with us and boycott the Miss Universe pageant," the statement read in part.

According to the statement, the brutal punishment and harassment meted out to Palestinians on a daily basis is horrific, detestable and a crime against humanity that must be prosecuted by the International Criminal Court (ICC).

The statement reiterated that Apartheid Israel's occupation is no less despicable than Apartheid South Africa.

Mandela added that the world responded to South Africa's call to stand in global solidarity against the Apartheid regime.

"We must not support or legitimise the victimisation of our Palestinian brothers and sisters," the statement said.

This call to boycott the Miss Universe pageant in Apartheid Israel comes at a time that the country welcomes Muna El Kurd to South Africa.

El Kurd, a Palestinian Activist has personally shared the stories on social media of the suffering of Palestinians in her neighbourhood of Sheikh Jarrah in East Jerusalem.

South Africans, both young and old are therefore urged to start a Twitter storm in support of the visit of Muna El Kurd and the just struggle of the Palestinian people.

"We call on all African states objecting to Apartheid Israel's observer status at the AU to likewise ensure that they boycott the Miss Universe pageant in Apartheid Israel and that they refuse to send any participants from any African country to participate," he said.