Mane, Coutinho, Thiago, Others Who Have Played For Bayern, Liverpool Liverpool and Bayern Munich are one of the few most decorated teams in England, Germany and Europe, all together boasting of tons of stars who have worn the jersey at Anfield and Allianz Arena.

Bayern's dominance in the Bundesliga can never be overemphasized with a 10th straight win with the conclusion of the 2021-22 season. Liverpool under Jurgen Klopp, have been able to rekindle their glory days with one Premier League and Champions League trophy more than 10 years ago.

The two sides are packed to the brim with talented players these days. That's one of the reasons there are quite a few players who've switched from one club to the other.

But few of these players have had the opportunity to wear the jerseys belonging to both teams. 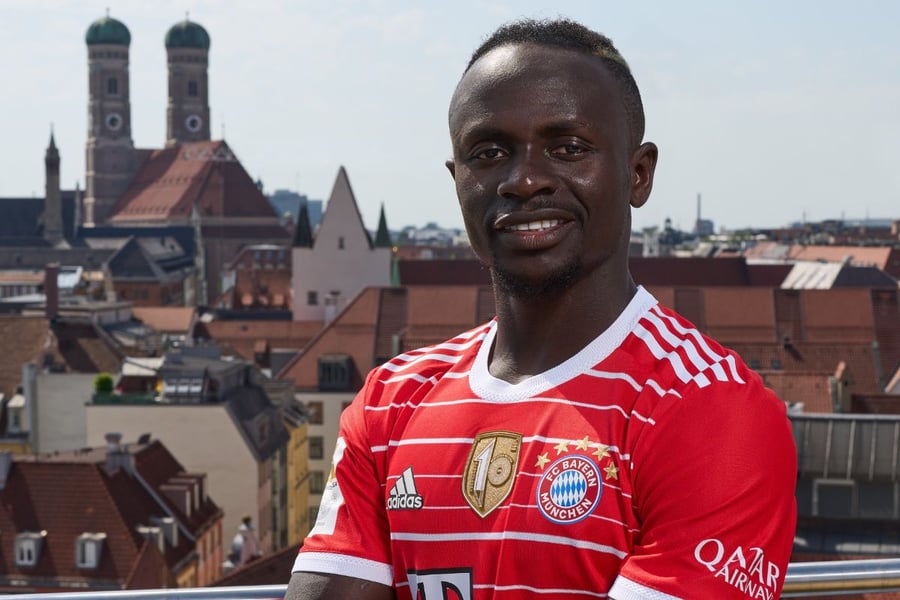 Mane has been one of the most important players of the Jurgen Klopp era at Liverpool. The 30-year-old scored 120 goals and provided 48 assists in 269 appearances across all competitions for the Merseysiders.

He leaves Liverpool after having won one Champions League title, one Premier League title, one FA Cup and one League Cup -- with exception of the Community Shield, he would have won every single trophy available for a player playing in England.

We take a quick look at this exclusive list: 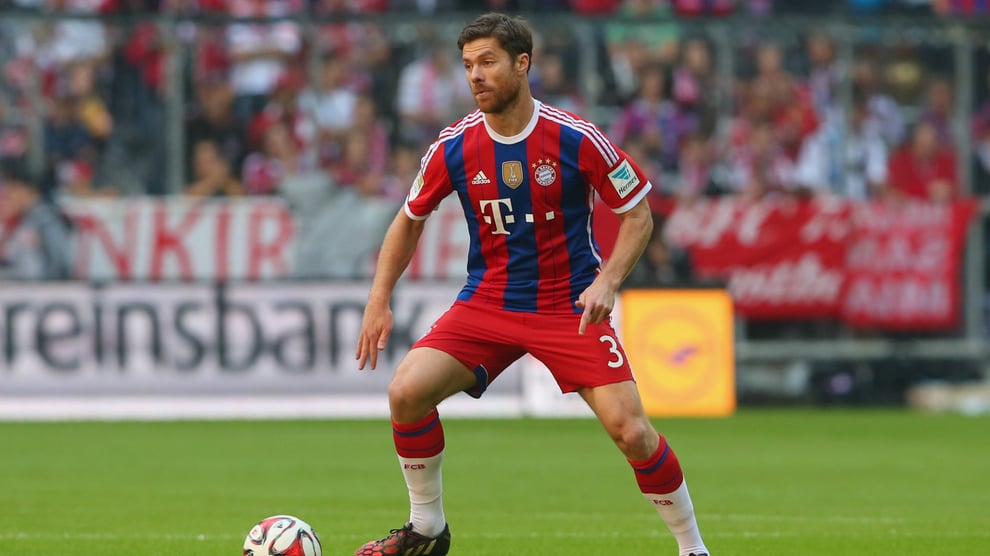 The Spaniard like some on this list did not transit straight from Liverpool to Bayern Munich but he did grace the two jersey during his playing days.

He got his prominence at Liverpool though. Alonso moved to Liverpool after helping his boyhood club Real Sociedad win the La Liga title in the 2002-03 season.

Rafael Benitez signed his countryman at Liverpool in 2004 and Alonso went on to play a key role in Liverpool's historic Champions League triumph in the 2004-05 season. Alonso quickly established himself as one of the best holding midfielders in the world before signing for Real Madrid in 2009. 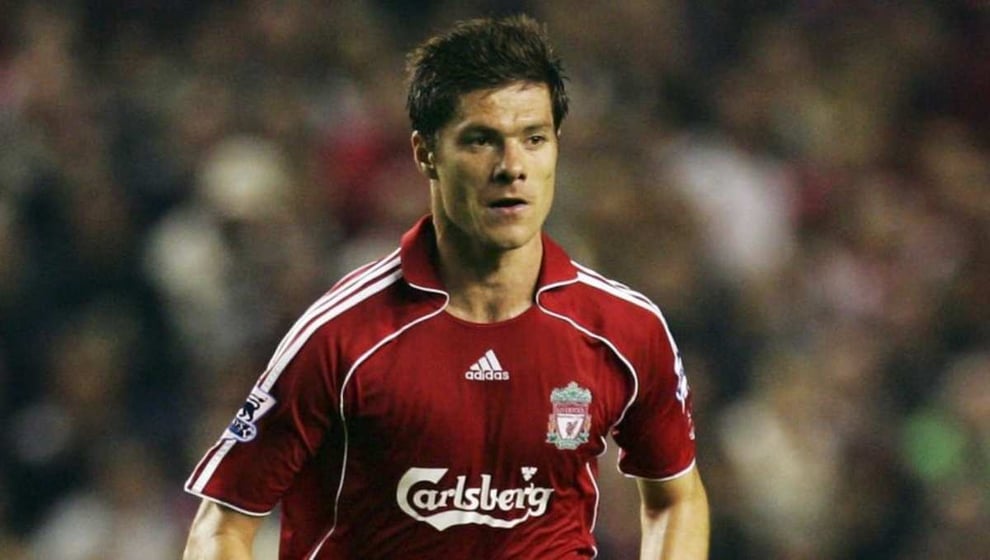 After enjoying a successful five-year spell with Real Madrid between 2009 and 2014, Alonso secured a move to Bayern Munich. He was 33 by then and was perceived to be walking into the twilight of his career.

But the midfield maestro changed the narrative of his 'career twilight' when under his countryman Pep Guardiola bossed the midfield for the Bavarians and won the Bundesliga in all three seasons spent in Germany. 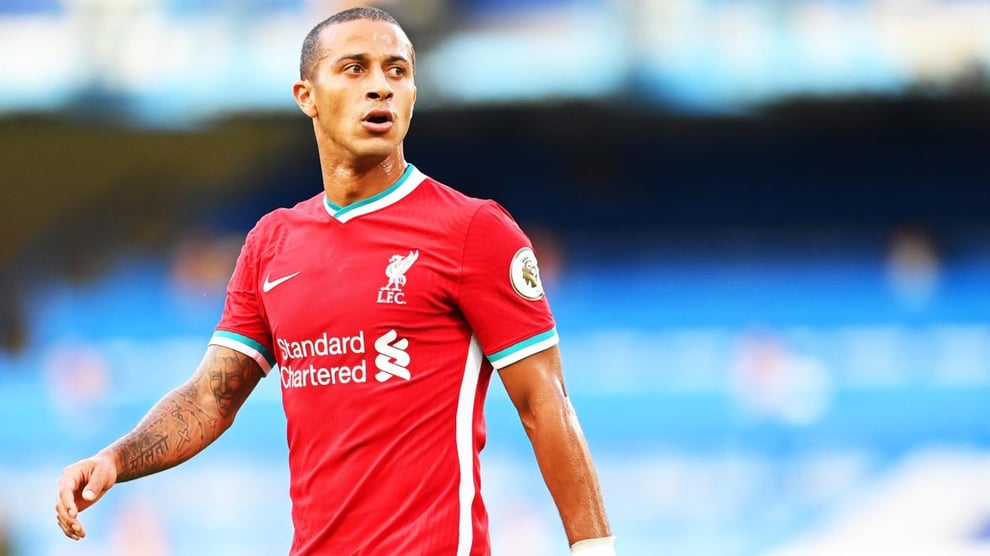 Another Spaniard on the list is Thiago Alcantara. Unlike his compatriot, who was a graduate of the renowned Barcelona's youth academy La Masia, Thiago is a central midfielder in the mould of legends of the game like Xavi Hernandez or Andres Iniesta.

Also unlike Alonso, He switched from Bayern Munich to Liverpool after winning the second treble in Bayern Munich's history under Hansi Flick. 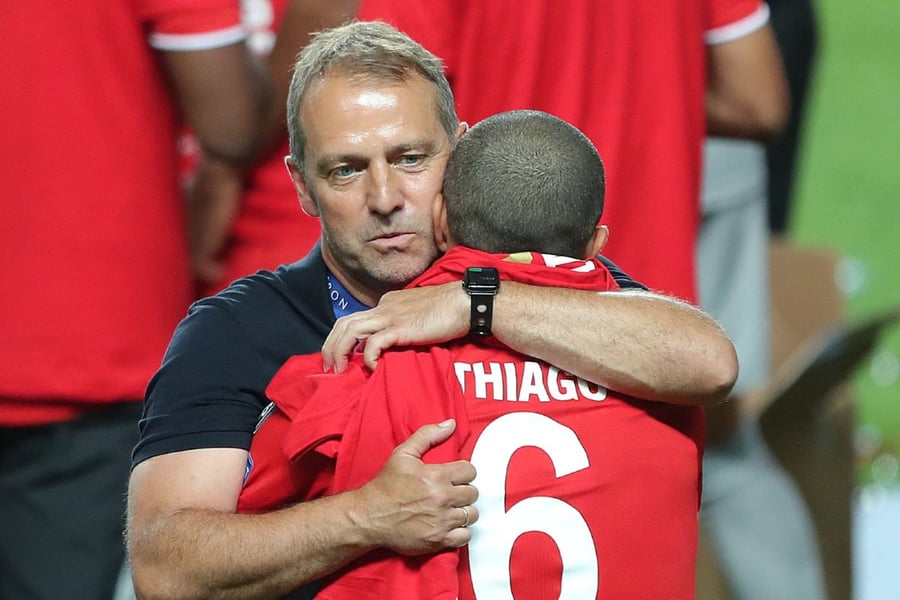 Thiago is one of the most technically gifted footballers of his generation and an absolute joy to watch from the base of midfield. His creativity is top-notch given his ball distribution and vision.

He won the Bundesliga title in all seven of his seasons with Bayern Munich. Thiago also picked up four DFB Pokals.

Thiago took some time to hit his stride at Liverpool. He endured a difficult debut season in the Premier League but grew into an influential figure in the 2021-22 season.

Thiago was an integral part of the side that won the FA Cup and the League Cup, almost winning an unprecedented quadruple if not for the last-day miracle by Manchester City and final loss to Real Madrid. 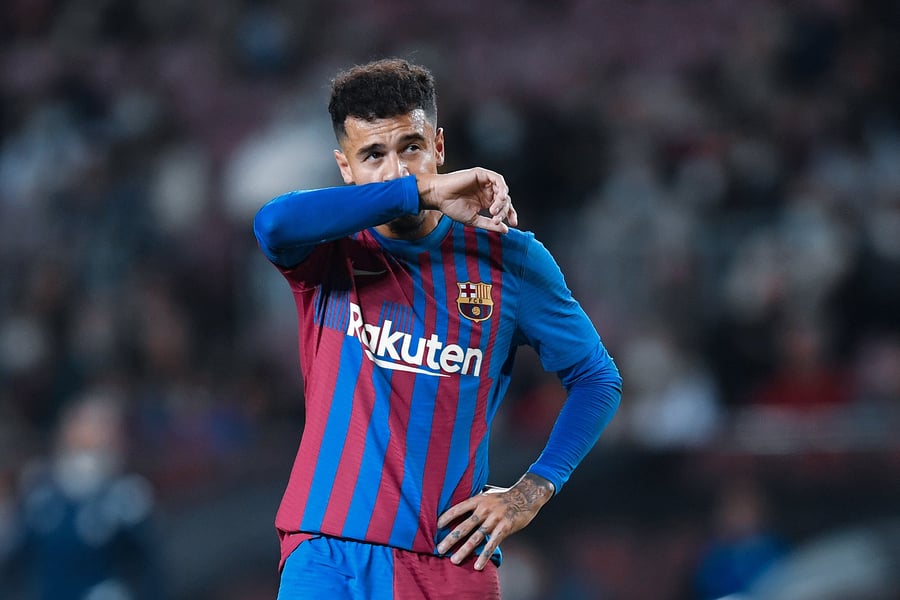 Phillipe Coutinho At BarcaPhilippe Coutinho would make Barcelona's list as one of their biggest transfer flops of all time but during his time with the Catalans, he was able to make another list of playing for Bayern Munich.

Coutinho signed for Barcelona from Liverpool in January 2018 for €135 million. Coutinho got off to a good start there but it soon became evident that he was a poor fit for Barcelona when he was been asked to play down the left, a vacant position left by his countryman Neymar, unlike his free role at Liverpool. 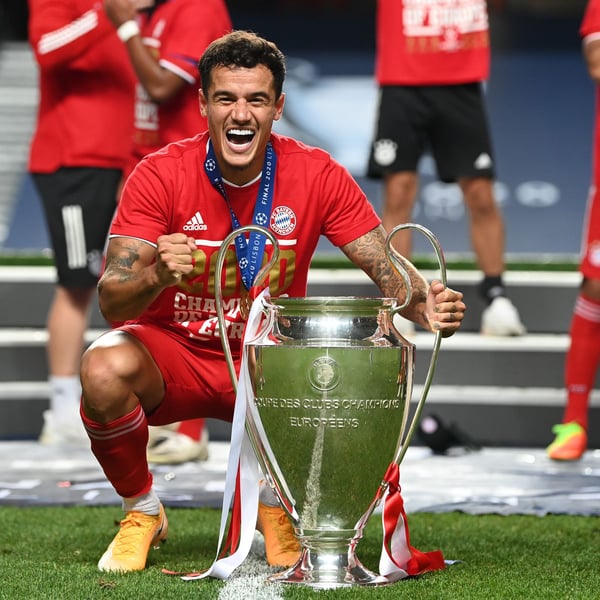 After some turbulent start, He was loaned out to Bayern Munich in the 2019-20 season, where he was influential in the Bavarians winning the continental treble. In 38 appearances across all competitions during that season, Coutinho scored 11 goals and provided nine assists.

Prior to joining Barcelona, Coutinho had established himself as one of the best midfielders in the Premier League at Liverpool. The Brazilian was tearing it up in the English top-flight and was widely recognized as one of the most creative and innovative attacking midfielders in England. 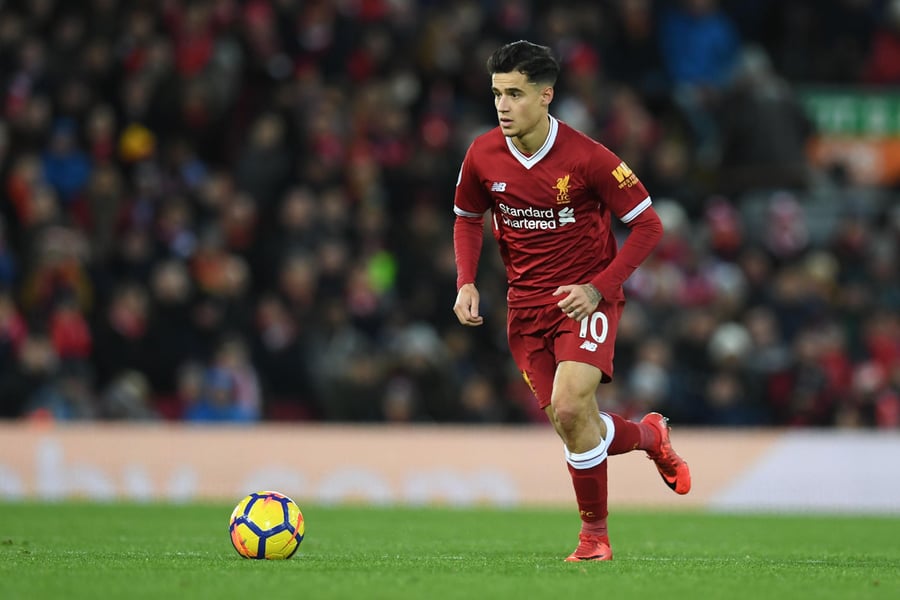 It is quite unfortunate that his dream Barcelona move turned out to be disastrous. But Coutinho has now returned to the Premier League with Aston Villa and showed some promising signs during his loan spell with them in the second half of the 2021-22 campaign.

German midfielder Dietmar Hamann, also known as 'Didi' Hamann, is one of the players who have featured exclusively for both Bayern Munich and Liverpool. It took a while for him to land his first professional contract as he wasn't a regular in the first team in the early part of his Bayern Munich career. 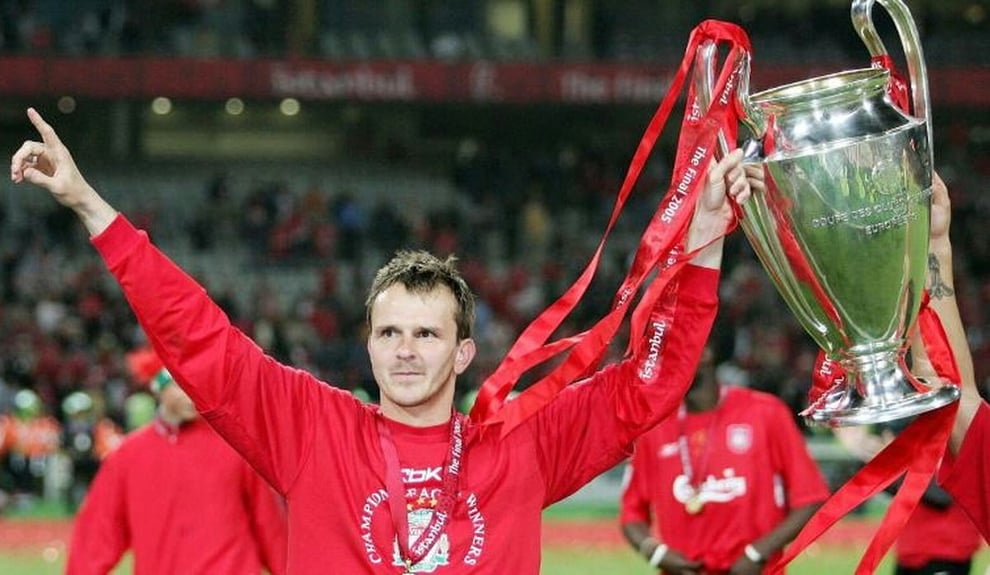 He would win two Bundesliga titles and one UEFA Cup before securing a move to Newcastle United in 1998. Hamann spent one season at Tyneside before joining Liverpool, where he became a fan-favourite thanks to the composed manner in which he went about his job in defensive midfield. 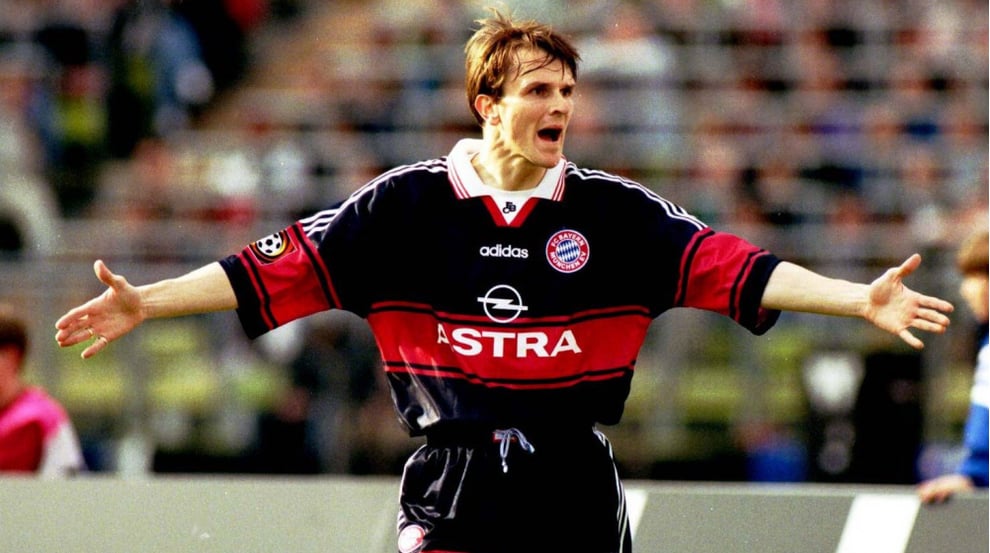 Despite the player having a broken toe, Hamann's introduction in the second half was crucial to Liverpool's historic comeback win against AC Milan in the 2003-04 Champions League final. He won one Champions League title, two FA Cups, two League Cups and two UEFA Super Cups with the Merseysiders. 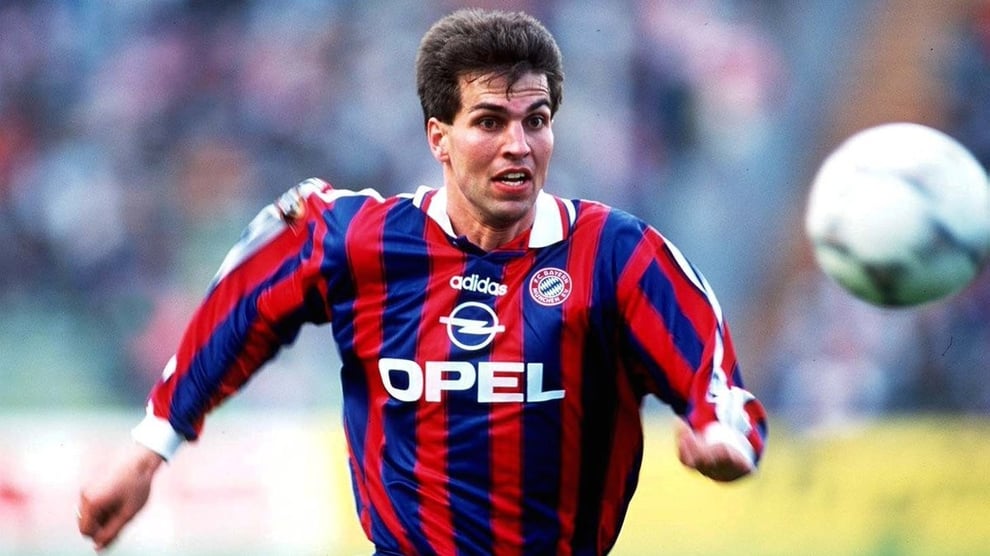 The former German international joined Bayern Munich in 1994 and won three Bundesliga titles, two DFB Pokals and one UEFA Cup with them. The centre-back subsequently joined Liverpool in the summer of 2000 and had quite an impressive outing in his debut season in England. 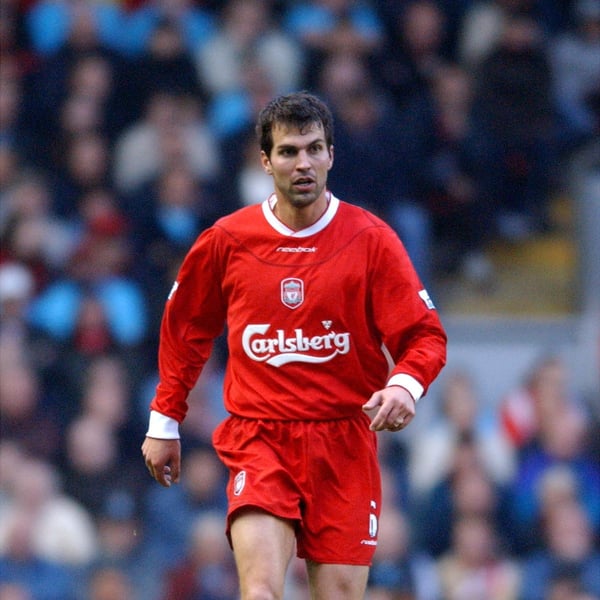 He won the FA Cup and League Cup with Liverpool in the 2000-01 season. A muscle weakness issue called Guillain-Barre forced Babbel to take a hiatus from the game but he returned a year later and joined Blackburn Rovers on loan.