Many Escape Death As Truck Rams Into Hotel In Aba 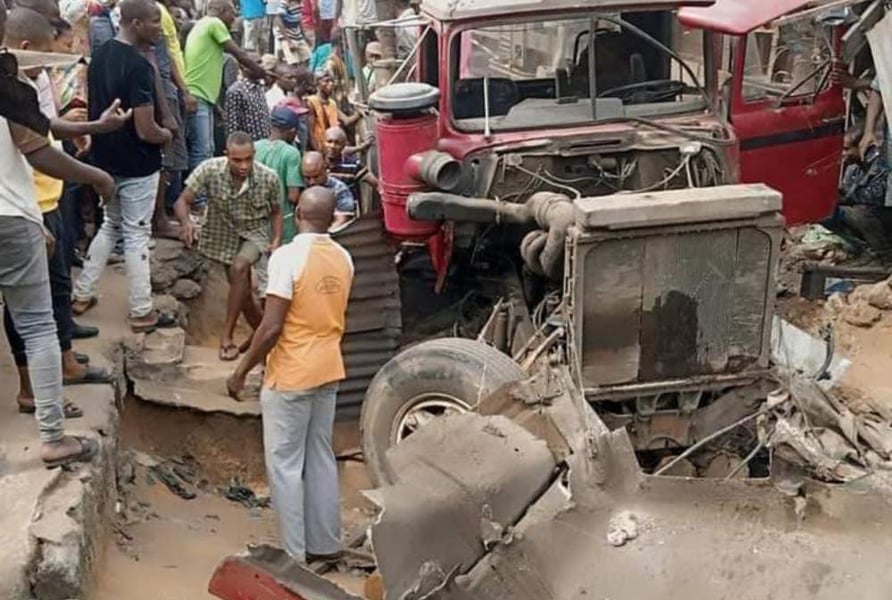 Many persons escaped death in Aba, Abia State on Tuesday as a truck rammed into a hotel, damaging the fence and a bus parked beside the hotel.

Eyewitnesses said the truck was descending the East street along the Waterside area when the driver lost control and drove into the hotel.

It was however learned that no life was lost as the trailer was held by the wreckage of the fence and the bus it damaged.

Though the road was scanty following IPOB sit-at-home order, many people who were at the scene were lucky to escape unhurt.

An eyewitness said: “We were inside the hotel when we heard a loud sound.

"The trailer was descending the waterside hill from East street when it lost control, broke into the hotel and damaged this bus beyond repair.

“It was a miracle that nobody died because there were up to 10 persons who were at that spot before the incident.

"If it had happened on another day, not on a sit-at-home, many people would have died because this waterside area is always a busy place."