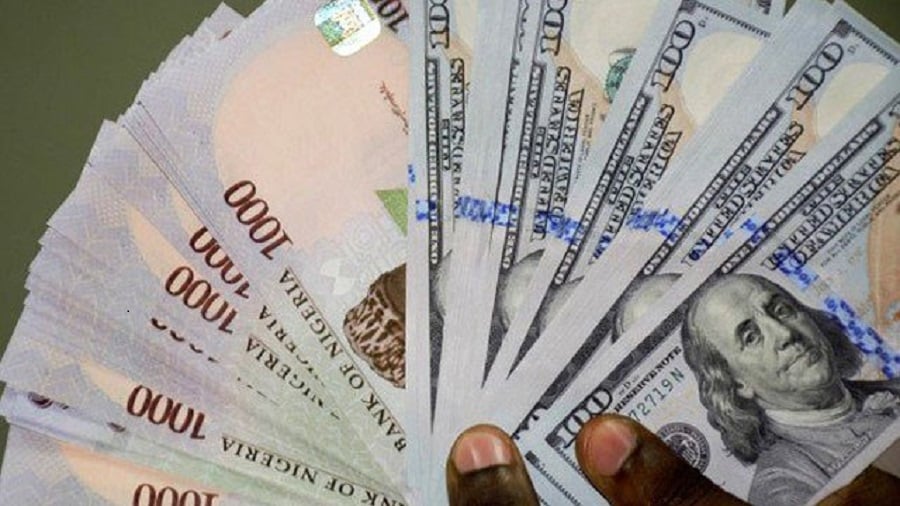 The differential on the parallel market, on the other hand, shrank even further as the margin of difference closed. It currently trades between NGN580/USD and NGN582/USD if you are buying. However, sales on the parallel market fluctuate between NGN565/USD and NGN572/USD. This depends squarely on the amount you want to sell, your location, and your negotiating prowess.

Other currency denominations' conversion rates can be found on our website: https://allnews.ng/category/business/nigeria-stock-market

However, the country’s external reserves increased following an increased inflow of revenue from crude oil as its price sold at a record high of $110 per barrel. As a consequence, the nation gained $780 million to close at $39.67 billion, as against the $38.89 billion recorded last week.

The overnight lending rate, which is the interest rate banks charge themselves when they borrow from each other in the overnight market, stayed unchanged at 9.67% following the absence of any significant funding pressure.

The secondary market for treasury bonds was mixed, with a slight buying emphasis, as the average yield fell by one basis point to close at 10.4%. The benchmark curve's average yield fell at the short end as investors sought the JAN-22, 2026 (-7bps) but remained unchanged at the mid and long ends due to investors' unfazed attitude.