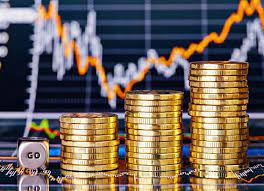 The naira lost ground against the greenback (US dollars) in the parallel market as it surprisingly traded between NGN585/USD and NGN588/USD if you wanted to buy, while it stayed flat to trade at NGN417.00/USD and NGN416.32/USD in the I & E exchange and the CBN interbank market, respectively.

Other currency denominations' conversion rates can be found on our website: https://allnews.ng/category/business/nigeria-stock-market.

The external reserve continues to decline as it lost another $90 million to close at $39.58 billion against $39.67 billion. Other major economic indicators, such as the MPR/lending rate and inflation rate, stayed the same at 11.50% and 15.70%, respectively.

The overnight lending rate, which is the interest rate banks charge themselves when they borrow from each other in the overnight market, expanded by another 100 basis points from 11.67% to 12.67% following a cash injection from the FGN bond auction settlement valued at NGN297 billion.

The secondary market for NTB notes was quiet as the average yield stayed the same at 3.2%. Elsewhere, the OMO market's average yield remained unchanged at 3.6%.

Trading activities in the secondary market for treasury bonds were mixed, with a slight selling emphasis, as the average yield expanded by five basis points to close at 10.50%. The benchmark curve's average yield expanded at the short and long ends as investors sold off the MAR-14, 2024 (+62bps) and MAR-18,2036 bonds, respectively, but stayed flat at the mid-segment.