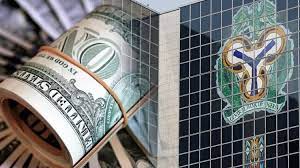 The disparity in the different exchange markets continues to widen as rates reflect the volatile state of the Nigerian monetary sector and, to a large extent, the economy.

The naira has remained stable in the black market as it exchanges for N585/USD, while at the official markets of the I&E exchange window and CBN interbank market it exchanges for NGN417.00/USD and NGN416.25/USD, respectively.

Other currency denominations' conversion rates can be found on our website: https://allnews.ng/category/business/nigeria-stock-market.

The external reserve gained some momentum as it recorded a gain of $10 million to close at $39.53 billion as against $39.52 billion. Other major economic indicators, such as the MPR/lending rate and inflation rate, stayed the same at 11.50% and 15.70%, respectively.

The overnight lending rate, which is the interest rate banks charge themselves when they borrow from each other in the overnight market, contracted by 17 basis points from 5.00% to 4.83% following the absence of any significant funding pressure.

Trading activities in the NTB (Nigerian Treasury Bills) secondary market were dominated by bearish sentiment, as the average yield expanded by one basis point to close at 3.2%. The benchmark curve's average yield stayed flat at the short and mid ends as investors sold off the 303DTM (+26bps) as the rate increased from 3.77% to close at 4.03%.

However, the OMO market’s average yield remained unchanged at 3.6%.