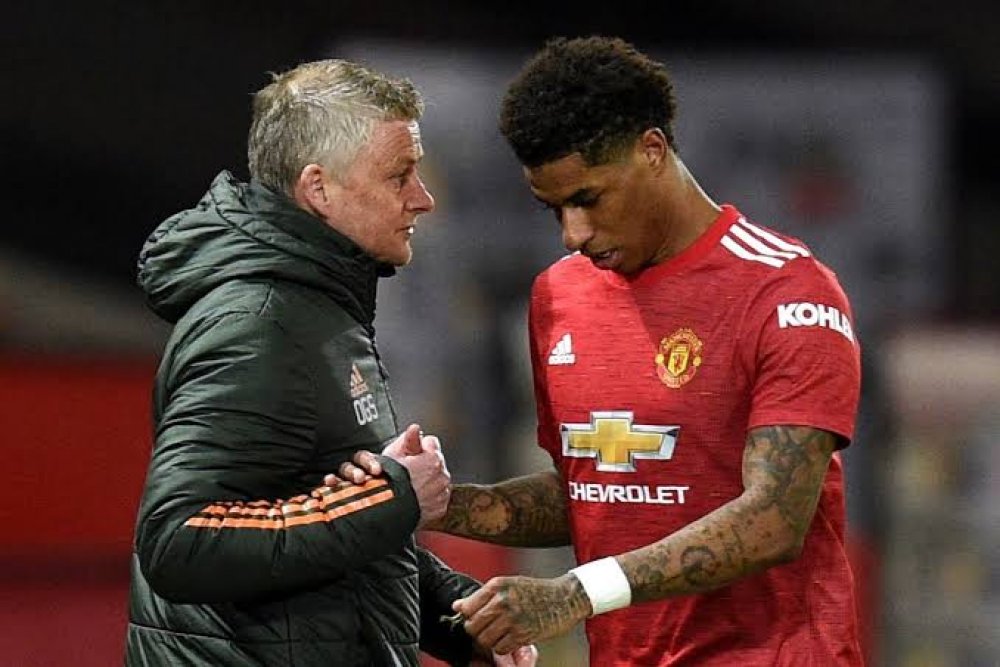 Rashford had been absent for club and country through injury he picked up in the UEFA Europa League round-of-16 second leg against AC Milan in March.

Upon return from the short injury layoff, Rashford, 23, latched on to Bruno Fernandes’ pinpoint throughball and fired past Robert Sanchez in goal for The Seagulls on 62 minutes, to draw United level after Danny Welbeck’s first-half opener.

United would go on to win the game in the 83rd minutes, through Mason Greenwood’s header, but Rashford was not on the pitch to witness it having been replaced by Daniel James.

And after the match, Solskjaer shed some light on why Rashford had to make way.

“I’m not sure,” Ole replied when MUTV’s Stewart Garner asked how his forward is.

“He got caught with a tackle so he had to come off. Let’s see how he goes again.

“Marcus doesn’t want to miss any games or any minutes, but he had to come off.”

United take on Granada in the first leg of the Europa League quarter-finals on Thursday, with another huge EPL match – away at Tottenham Hotspur – arriving three days later.

In a separate interview with BT Sport, Solskjaer said he couldn’t be sure whether Rashford would be available for those encounters.

READ ALSO: EPL: This is Marcus Rashford’s Inspiration for Free kick Taking, And It's Not Ronaldo...

“Your fingers are crossed and you hope he's going to recover from it. He had to come off but he's a tough one.”