Marseille Qualify For Champions League With 4-0 Riot Against Strasbourg 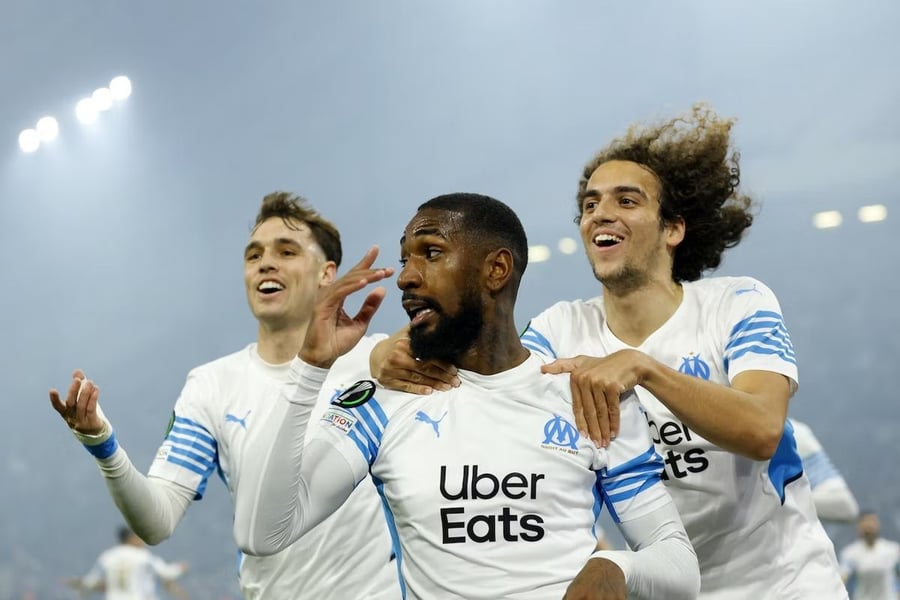 Olympique Marseille clinched automatic qualification for next season's Champions League with a 4-0 riot against Strasbourg on the final night of the French Ligue 1 season on Saturday.

Marseille began the day in third place – which only offered a place in the Champions League third qualifying round – behind Monaco on goal difference, meaning they needed to better the principality club's result to finish second as they completed their campaigns.

The 1993 Champions League winners duly fulfilled their part of the bargain. They crushed Strasbourg 4-0 at a packed Velodrome with Brazilian international Gerson scoring twice either side of a Cengiz Under goal before Cedric Bakambu wrapped up the victory late on.

Seconds after that goal went in, bedlam ensued among the more than 60 000 home supporters as news filtered through that Monaco had conceded an injury-time goal to draw 2-2 away at Lens.

Monaco had been in mid-table before surging into contention on a run of nine consecutive victories and they looked set to make it 10 in a row as they came from behind in Lens to lead 2-1 thanks to goals by Benoit Badiashile and Wissam Ben Yedder.

But Ignatius Ganago struck in the sixth minute of injury time to earn Lens a draw and deny Monaco, who finish third and will have to come through two qualifying rounds to make next season's Champions League group stage.

They missed out on a place in this season's group stage after losing a play-off to Shakhtar Donetsk in Ukraine.

Marseille join champions PSG in the Champions League proper – taking the riches that go with it – while Rennes will go into the Europa League group stage after they clinched fourth place, coming from behind twice to draw 2-2 at Lille.

Timothy Weah netted twice for Lille but Benjamin Bourigeaud scored in between for Rennes before Serhou Guirassy made it 2-2 in stoppage time.

Meanwhile Strasbourg were denied fifth and a place in the Europa Conference League after Nice came from two goals down to win 3-2 away at Reims as Andy Delort scored a late hat-trick, his three goals coming in the space of eight minutes.

At the bottom, six-time champions Bordeaux's relegation to Ligue 2 was confirmed despite a 4-2 win at Brest as their unbroken 30-year stay in the elite comes to an end.

Metz join them in dropping down to the second tier after they took the brunt of PSG's celebrations over keeping Mbappe, with the striker scoring a hat-trick and Neymar and Angel di Maria also on target in a 5-0 rout for the champions.

Saint-Etienne began the day in the bottom two but came from behind to draw 1-1 at Nantes, leapfrogging Metz and securing the play-off place.

The former European Cup finalists will now face Ligue 2 club Auxerre in a two-legged play-off to decide who plays in the top tier next season.