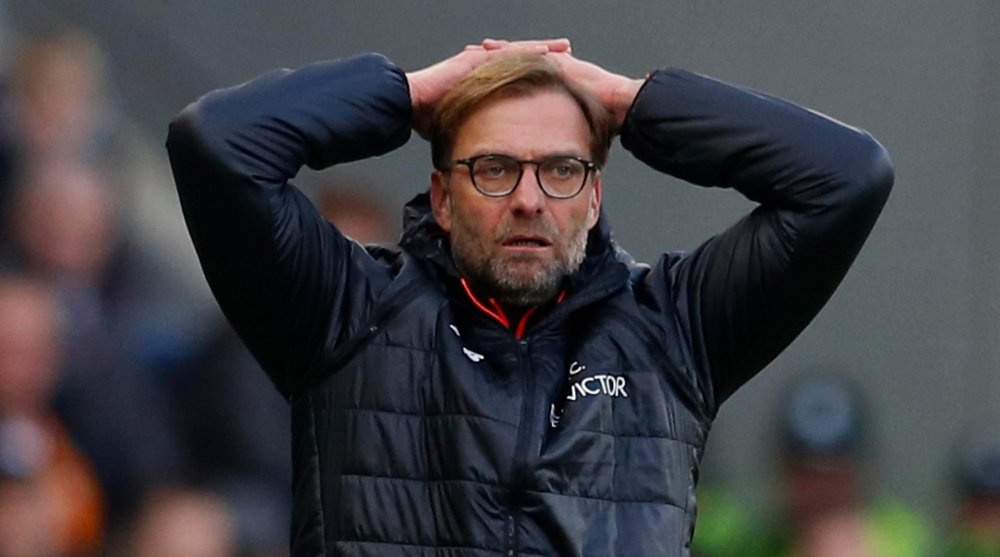 Liverpool manager, Jurgen Klopp described end to home unbeaten run as a "massive punch in the face" as the Premier League champions crashed to a shock 1-0 defeat against Burnley on Wednesday.

Klopp's side were beaten in a home league game for the first time since Crystal Palace won at Anfield in April 2017.

Ashley Barnes clinched Burnley's first win at Liverpool since 1974 when he converted an 83rd-minute penalty after being fouled by Reds goalkeeper Alisson Becker.

Jürgen Klopp has offered a frank assessment after being beaten at Anfield. #LIVBUR

"It's a massive, massive punch in the face," Klopp said. "We had the ball a lot, created some and didn't finish the situations off.

"That keeps the game open and then they get the penalty. Alisson told me he didn't touch him, but I didn't see it back.

"We lost a game which I think it's actually impossible to lose. But we did it."

Spluttering Liverpool have slipped to fourth place after the second defeat in their last three league games and trail leaders Manchester United by six points.

Speaking on his men's confidence from here on out, the German tactician said: "The confidence is not on the highest level, I think that is so obvious that I don’t have to mention it – you can see it in specific moments. It is like 90 per cent of all what the boys did all of the time is still there, but the decisive 10 per cent in the moment is missing."

They have gone five league games without a win and it is seven hours and 18 minutes since they last found the net in the league.

The Reds have gone four league games without scoring for the first time since May 2000, failing with 87 shots since Sadio Mane's 12th-minute strike against West Brom.