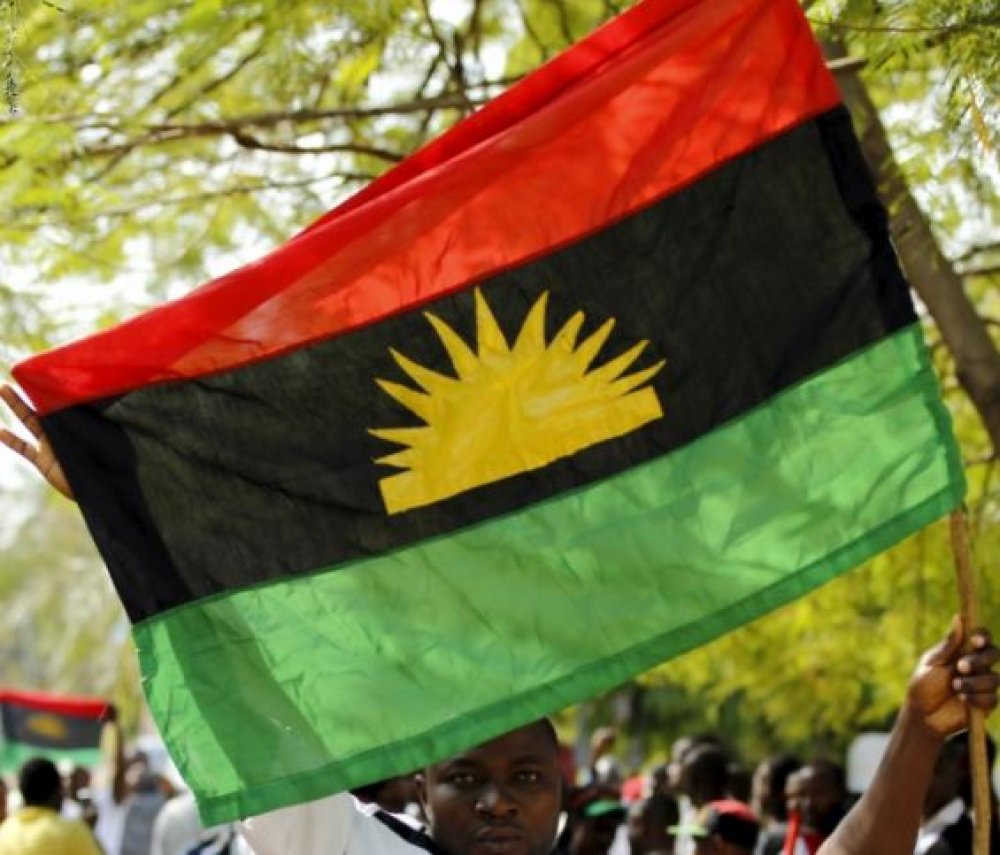 The Movement for the Actualisation of Sovereign State of Biafra (MASSOB), has warned Bola Tinubu, National Leader of the All Progressives Congress (APC), former President, Goodluck Jonathan against contesting the 2023 presidential election.

MASSOB was reacting to speculations that some governors are trying to pressure Jonathan into contesting the 2023 presidential election.

But the APC Caretaker Chairman, Mala Mai Buni had dismissed claims that the party was trying to convince Jonathan to contest in 2023 on its platform.

MASSOB described the insinuation as a hypocritical move aimed at causing political discord among people of the Southeast.

A statement by the group’s leader, Uchenna Madu also urged Governor Yahaya Bello of Kogi State against running for president.

He also alleged a plot to sideline and frustrate people of the Southeast from producing Nigeria’s next president.

According to Madu: “Former President, Goodluck Jonathan and his Ijaw kin should be wise enough to discern this subtle and hypocritical move of Arewa governors. The Sultan of Sokoto, the Aso villa cabals, the frontline emirs, the Arewa opinion leaders and Islamic gurus, both Nigerians and foreigners, are perfectly aware and systematically pushing for a Goodluck Jonathan one tenure administration.

“Their ultimate political aim is to sideline and frustrate the golden chances of Igbo man or Southeast zone to emerge as president of Nigeria.

“MASSOB also warns Asiwaju Bola Tinubu and Governor Yahaya Bello of Kogi State to bury their presidential ambitions in 2023 because it is solely and sacrosanct for the Southeast zone to produce the next president of Nigeria.”

Madu insisted that the Southeast should be allowed to produce Nigeria’s president in 2023.