May Day: UCH Resident Doctors On Strike Over Unpaid Salaries 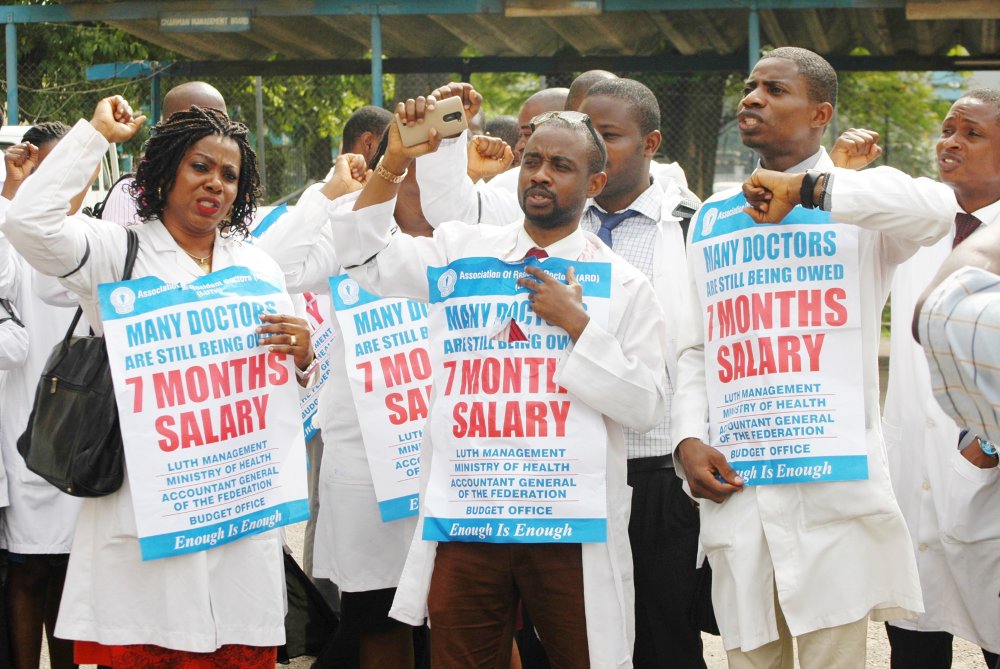 The Association of Resident Doctors (ARD), University College Hospital (UCH) Ibadan, has embarked on an indefinite strike over unpaid four months salaries of some members.

Dr. Temitope Hussein, who spoke with the press on Saturday in Ibadan, said the strike was to protest the non-payment of January, February, March, and April salaries of some members of the association.

Hussein said other issues also included the non-enrolment of some members into the Integrated Payroll and Personnel Information System, (IPPIS), which was affecting payment of their emoluments.

Recall that the national body of the association, the National Association of Resident Doctors (NARD), had in April suspended its indefinite strike after ten days.

NARD had cited “new agreement reached with the Federal Government” as the reason for suspending the strike.

The doctors had demanded, amongst other things, payment of all salary arrears and review of the current hazard allowance to 50 percent of consolidated basic salaries for all health workers.