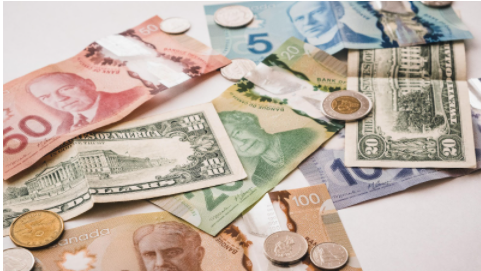 Abraham Lincoln, Thomas Jefferson, and George Washington. These are the famous faces that have appeared on the U.S. Quarter, the coin that represents 25 dollar cents, over the years.

While these are all important figures in the country’s history, they all have one thing in common: they’re male. Women have been under-represented on one of the nation’s favorite coins, and women of color in particular.

This has promoted the U.S. Mint to act. The American Women Quarters program has commemorated some of the most famous female faces that make up part of U.S. history. Maya Angelou, the famous author, is the first woman of color to do so, and she will be joined by four other women over the next four years.

The background to the campaign

The use of cash in the United States dropped to 18.6% of transactions in 2020, according to an Atlanta Fed survey, fewer than one in five. Consumers’ preference to use cards, from buying groceries to logging onto a lottery site to buy their weekly ticket, has soared across every industry during the pandemic, with concerns about the cleanliness of notes and coins at the forefront of people’s minds.

The recognition from the U.S. Mint, however, is an important milestone in honoring women who have contributed to U.S. history and culture. Despite the decline in cash use, the mint created almost 15 billion new coins in 2020, so the famous female faces will still touch each distant corner of the United States.

Maya Angelou is the most notable inclusion on the list. The legendary writer of ‘I Know Why the Caged Bird Sings’ – a memoir describing her struggles with racism growing up – will be depicted with her arms uplifted on the coin. Behind her is a flying bird (a tribute to the book), and a rising sun.

Angelou, who wrote 35 other books and received more than 20 honorary degrees, famously read another poem of hers – On the Pulse of the Morning - at Bill Clinton’s 1992 inauguration. Barack Obama awarded her the Presidential Medal of Freedom in 2010.

Janet Yellen, U.S. Treasury Secretary, talked about how the redesign of the national currency gives the country the chance to pay tribute to the remarkable women who contributed to society, and Angelou is one of those.

But what of the other women who will soon appear on one of the world’s most famous coins?

The struggle for equal rights for native Americans has been an issue running right through the United States’ short history.

The Bell Waterline Project, which fought to give Cherokee communities running water, hit the headlines in the 1980s, and Wilma Mankiller’s efforts were the driving force behind the project’s eventual success.

She became the first female Principal Chief of the Cherokee Nation in honor of her work, and her legacy and impact made her an ideal choice for the coin program.

Another woman to overcome racial prejudice to contribute to society was Anna May Wong. The first-ever Chinese American film star made her name in the Hollywood silent movies of the 1920s, but had to leave the country after experiencing constant discrimination.

Despite this, she still managed to appear in over 60 films during a distinguished career, and even starred in an operetta called Tschun Tschi in which she spoke fluent German. In the 1950s, she became the first Asian American to host a U.S. television show in The Gallery of Madame Liu-Tsong.

After dying of a heart attack in 1961 at just 56 years old, the Asian American Arts Awards renamed an annual award in her honor. She is also frequently listed as an inspiration for Asian actors today due to her pioneering work.

Alan Shephard was the first American to enter outer space back in 1961, but it was 22 years before a U.S. woman could do the same. Sally Ride was that person, following in the footsteps of Valentina Tereshkova who had made history as the first-ever woman to do so two decades before.

Ride was part of the largest crew to that point, a five-person team in which she was a mission specialist. The six-day mission also the most complex yet: the team launched two commercial satellites with Ride operating the robotic arm to deploy the first one, then retrieve it two days later.

The astronaut received numerous awards, as well as an induction into the Aviation Hall of Fame. Her coin image will show Ride next to a space shuttle window with the Planet Earth in the background.

One of the most important equal rights issues of the 20th century was women’s right to vote, spearheaded by influential figures such as Adelina Otero-Warren. The New Mexico native, born to a Hispanic family, worked tirelessly for the rights of women in her state.

She became the first Hispanic woman to run for U.S. Congress after campaigning to ratify the 19th Amendment to include Hispanic education. Otero-Warren also fought to include Spanish in the suffrage efforts for the benefit of Hispanic people, and advance bicultural education.

Her coin will show three Yucca flowers – a traditional Hispanic symbol – and the inscription Voto para la mujer, the Spanish equivalent of the suffrage slogan ‘Votes for Women’.