Mbaka Denies Asking Nigerians To Vote For Buhari In 2015 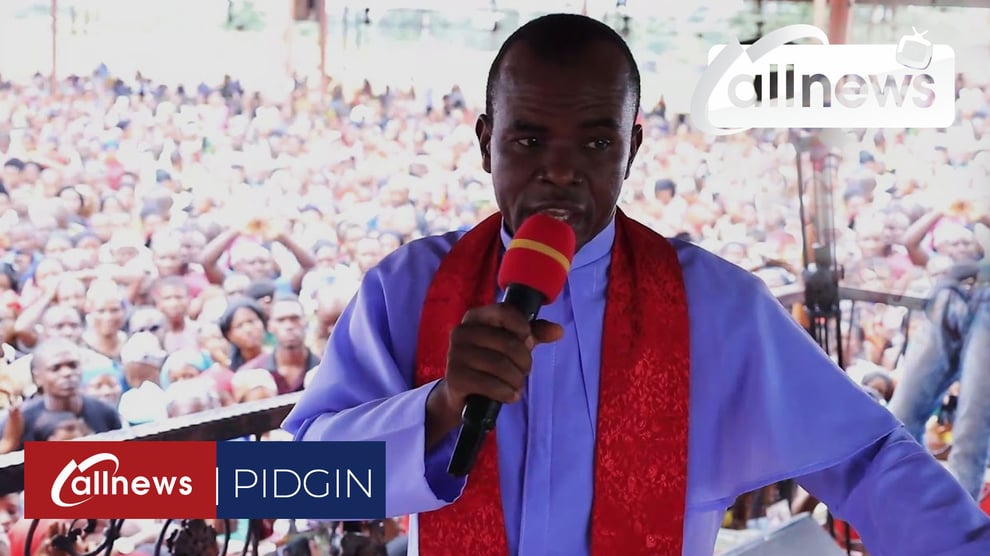 Fiery Catholic priest and spiritual director of the Adoration Ministry Enugu, Ejike Mbaka, has said he did not ask Nigerians to vote for Muhammadu Buhari in 2015.

He said he only spoke about a vision that was revealed to him by the Holy Spirit ahead of the 2015 general election.

The priest spoke in his 2022 New Year message during the crossover night at the Adoration Ground, Emene, Enugu State.

He pleaded with fellow priests to stop castigating him for praying for the leader of the Indigenous People of Biafra (IPOB) Nnamdi Kanu.

“When I said that Buhari would be president, I didn’t tell anyone to vote for Buhari. But people were just quoting me out of context.

“What it meant was that whether you voted for him or not, Buhari would emerge as president. It’s a vision.

“I also said that if he began to mess up that I would attack him. He started messing up and I started attacking him. And people were saying that I was insulting the president.”

The cleric intensified prayers for Kanu and other detained agitators, saying he saw the IPOB leader as his son.

Mbaka said: “I’m begging my fellow priests to stop condemning me for praying for Nnamdi Kanu.

“I am not closing any priest’s mouth and nobody should close my own. If I use my mouth to bless Nnamdi Kanu and you don’t like it, please use your mouth to curse him. Leave me to bless him.

“I see Nnamdi Kanu as my son. Every Igbo man and woman is my child. You may not understand the spiritual authority I have on this land.

“This year will be for Kanu and those held for agitations. God will show them mercy this year.”