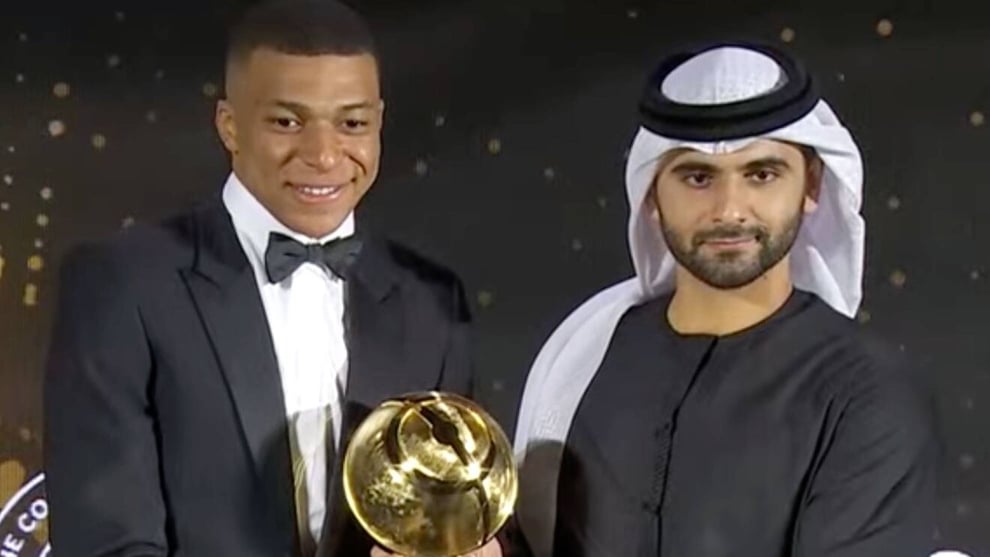 France Paris Saint-Germain forward Kylian Mbappe has swooped the ‘Best Men’s Player of the Year at the Globe Soccer Awards in Dubai on Monday night.

Mbappe has also scored 36 times for PSG in 2021, as well as contributing a number of assists.

“It is a big achievement for me. I want to say thank you to my club Paris Saint-Germain, who believed in me these past five years, even better this season. To my national team; to all the people who nobody knows who work with me, who help me a lot; to my family, they are there with me, always with me.

“It’s a great pleasure to be here. And it’s a big motivation to keep working hard and maybe come back next year and win again so many titles individually and collectively.”

Ballon d'Or runner up Lewandowski, 33, did not leave empty-handed as the Polish striker won the inaugural [Diego] Maradona Award for best goalscorer of the year after striking 69 times for the German champions in 2021.

This month’s volley against Wolfsburg was his 43rd goal in the Bundesliga in the past 12 months, breaking Gerd Muller’s record for the most German league goals in a calendar year, which had stood since 1972.

On Monday, Lewandowski was also named TikTok fans’ player of the year – a category organisers said attracted millions of votes.

“Diego Armando Maradona, I know what happened to him last year, so that means a lot, even more, to win this award,” Lewandowski said. “Because for me, as a striker, to be in the right position at the right time is always the best feeling so I know that my play, my goals, will boost my teammates. Because without my teammates, without my coaches, it would be difficult to score so many goals.

“I want to thank all my teammates, all my coaches because they help be the best scorer this year and I hope maybe next year as well. But I know I have to work hard, even harder than this year.”

Ronaldo, meanwhile, picked up the prize for "top scorer of all-time". Earlier this month, the Portugal captain became the first player to reach 800 goals when he scored twice for Manchester United in the 3-2 victory against Arsenal in the Premier League. Last year, Ronaldo was named Globe Soccer's Player of the Century.

Italy’s success at the European Championships was reflected in some categories with Roberto Mancini named coach of the year, Gianluigi Donnarumma goalkeeper of the year, Leonardo Bonucci the best defender and the Azzurri's named a national team of the year.

Chelsea were voted the best club team after Thomas Tuchel led the Blues to their second Champions League crown.

Manchester United’s Cristiano Ronaldo was honoured for breaking the men’s international goalscoring record with Portugal, in a year where he also brought up 800 senior goals.