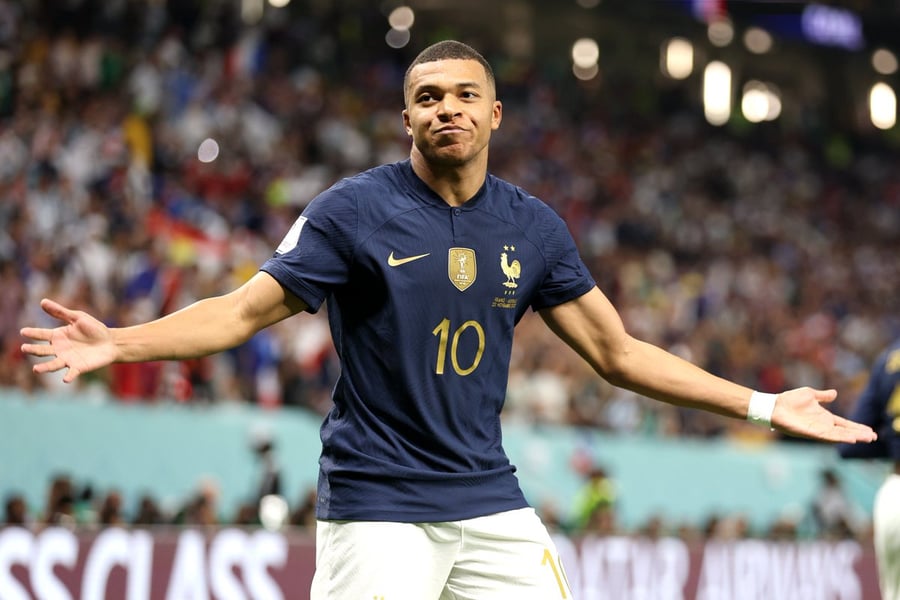 Kylian Mbappe is currently leading the goalscoring chart at Qatar 2022 with 5 goals in 4 games with Paris Saint-Germain teammate Lionel Messi behind him in the race.

He was one of the top scorers in Russia in 2018 including a goal in the final against Croatia but this time, Mbappe is going for the top scorer award for himself.

His first goal at Qatar was a header against Australia getting on the end of Ousmane Dembele's cross.

The second and third goals were against Denmark where he scored a brace to guarantee a spot for France in the Round of 16 even with a game to spare.

Since qualification is guaranteed, Didier Deschamps decided to rest most of his top players including Mbappe which led to Tunisia defeating France on the last match day of the group stage.

Mbappe then came back into the team against Poland where he scored two stunning goals against one of the contenders for the best goalkeeper of the tournament Wojciech Szczesny.

The goals sealed a place in the quarterfinals against England which would be a game to enjoy for the neutrals.