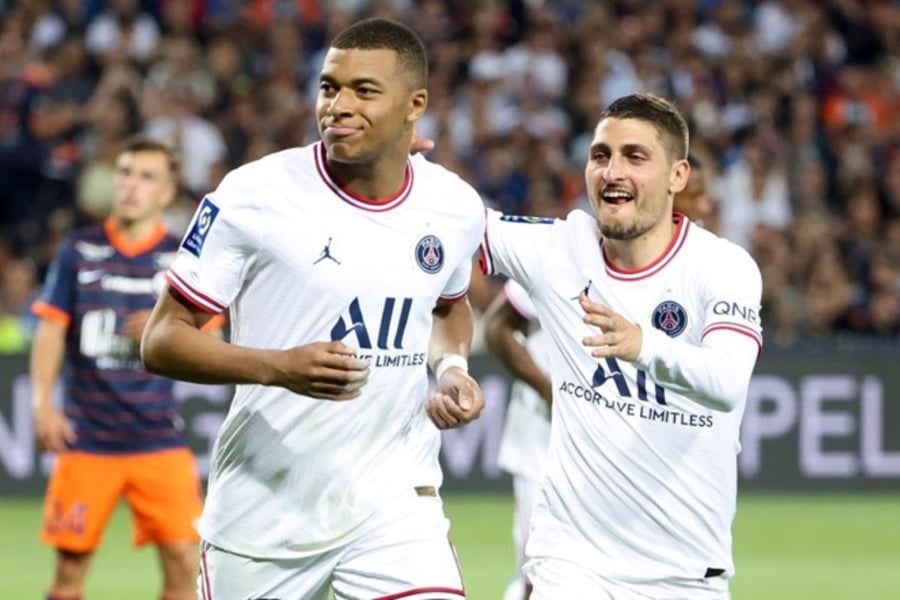 French forward Kylian Mbappe said he would announce his decision whether to stay at Paris Saint-Germain or leave for Spanish champions Real Madrid before June 3.

When asked about his decision, the 23-year old said, "Yes, yes almost" after picking up his third straight best player of the season award in Paris on Sunday.

The wait to see whether the 23-year-old moves to the Spanish capital or stays with PSG to help them in their protracted quest to land the Champions League "is almost over" he added.

He plans to "announce" his decision before France play Denmark in the Nations League early in June 2022.

Refusing to divulge anything further despite being given ample opportunity to do so at the awards ceremony, he thanked "PSG, which enabled me to be here, my teammates and coach."

He added: "My story goes on, I keep on winning, I'm never satisfied, and that's good."

Also attending the awards dinner was his PSG captain Marquinhos whose only comment on the issue keeping PSG fans and their Real counterparts awake at night was: "I hope that next season he will win this trophy again."

Last week a French newspaper reported that the French World Cup winner had agreed in principle to remain at PSG for up to another three years.

This was quickly denied by his mother.

Mbappe has made no secret of his desire to play one day for Real, who are in the Champions League final after securing a 35th Spanish title.

But PSG, who have won the Ligue 1 title for a record-equalling tenth time but angered their hardcore supporters with their limp exit to Real in the last 16 of the Champions League, are battling to hold onto their biggest asset.