Musiliu Akinsanya, alias MC Oluomo, the Lagos State Chairman of the National Union of Road Transport Workers, is currently being praised for orchestrating the reunion of actors Iyabo Ojo and Fathia Balogun.

According to sources, MC Oluomo enlisted the help of actor Olaiya Igwe to bring the two actresses, Iyabo Ojo and Faithia Balogun, who had been at loggerheads for over two years, under one roof to settle their differences and restore peace.

According to sources, the reunion took a few hours, with both sides airing their grievances and then concluding with sincere apologies. 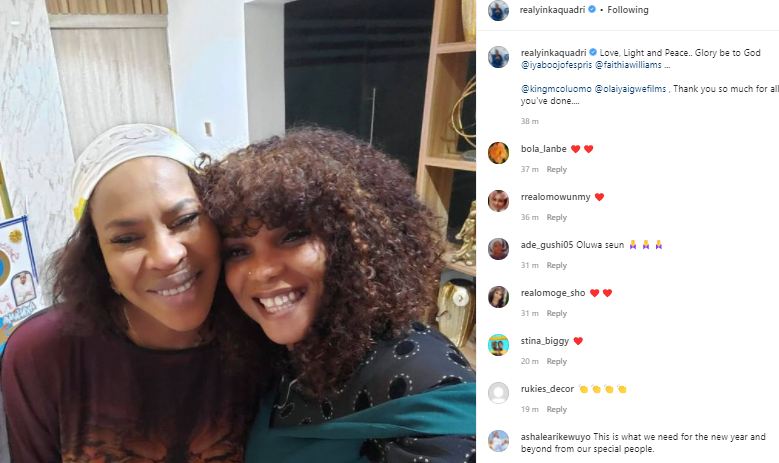 It will be recalled that Iyabo Ojo and Fathia Balogun split up after Faithia allegedly shared information about how Iyabo Ojo nearly died during surgery.

As a result, on her 51st birthday, actress Iyabo Ojo called out Faithia Williams and referred to her as a witch.

After Fathia wrote a condolence message on Instagram after Iyabo Ojo lost her mother a few months later, many assumed the actresses were back together.

Faithia's move was praised by fans, who hoped for a neutral ground to end all offences until she deleted the sympathy post after Iyabo Ojo failed to recognize it.