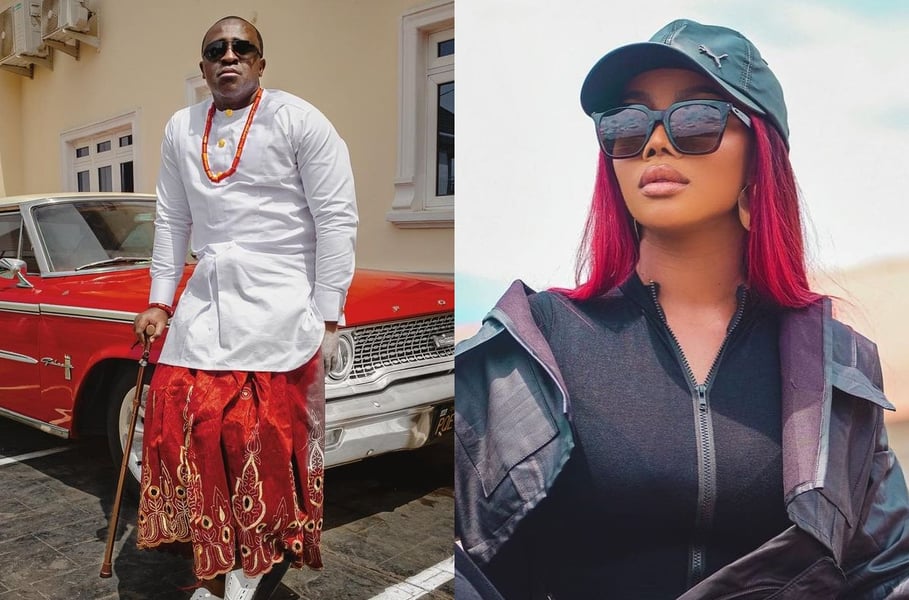 Popular Nigerian TV host Frank Edoho in a post on social media came to the defense of his colleague Toke Makinwa after an internet user who criticized her as the host of Gulder Ultimate Search.

According to the Twitter user, most viewers lost interest in the reality show the moment they announced Makinwa as the host, adding the media personality is not skilled in that area of specialization.

Omotayo Of Lagos wrote; “The truth is viewers lost interest in gulder ultimate search the moment they announced toke makinwa as the host. 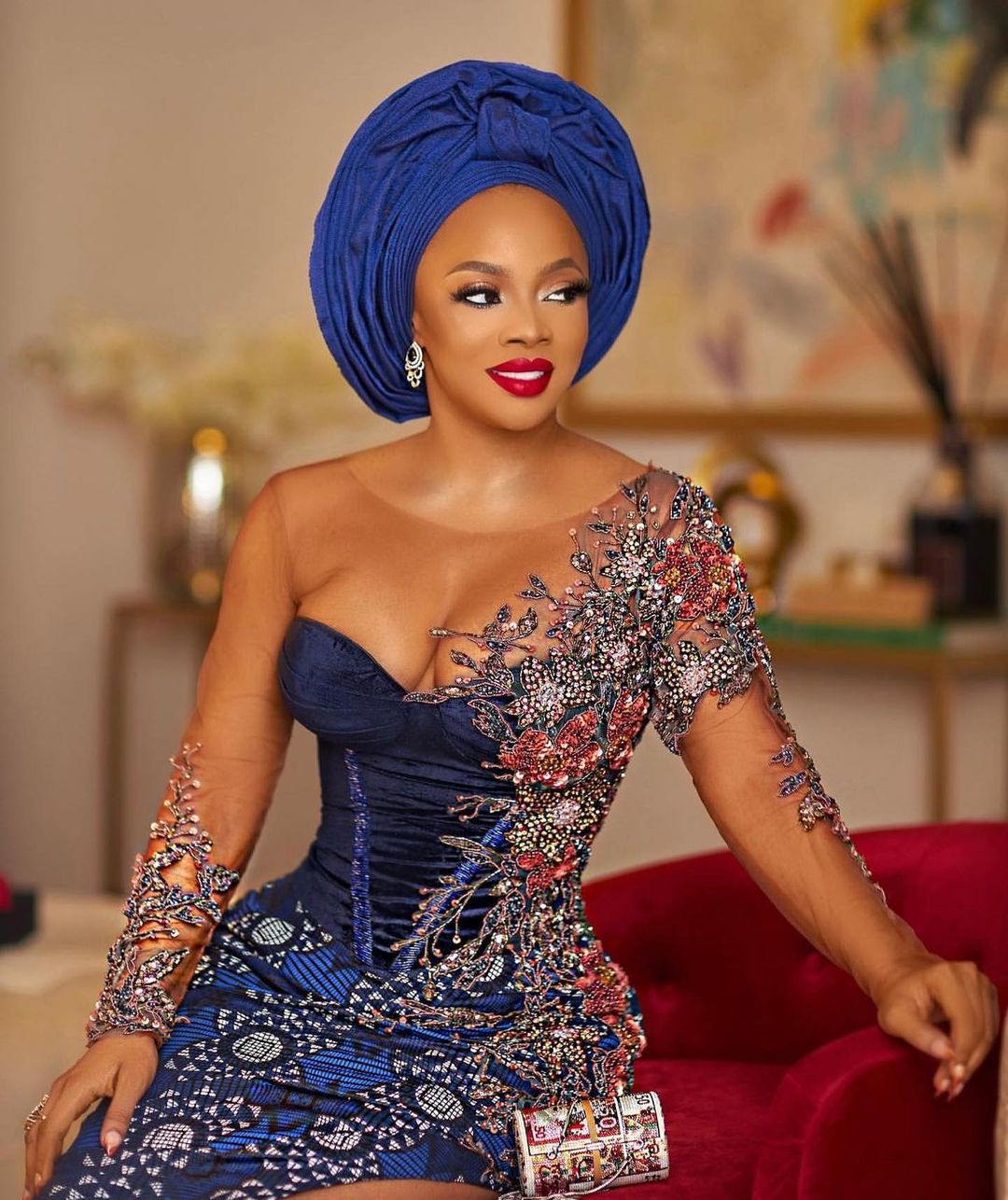 "This isn’t about hating or anything, I just believe every TV host and OAP have their own area of specialisation, toke makinwa hosting GUS is as weird as asking someone like Frank edoho to come and host a beauty pageant show, wetin consine agbero and final year exam?.” 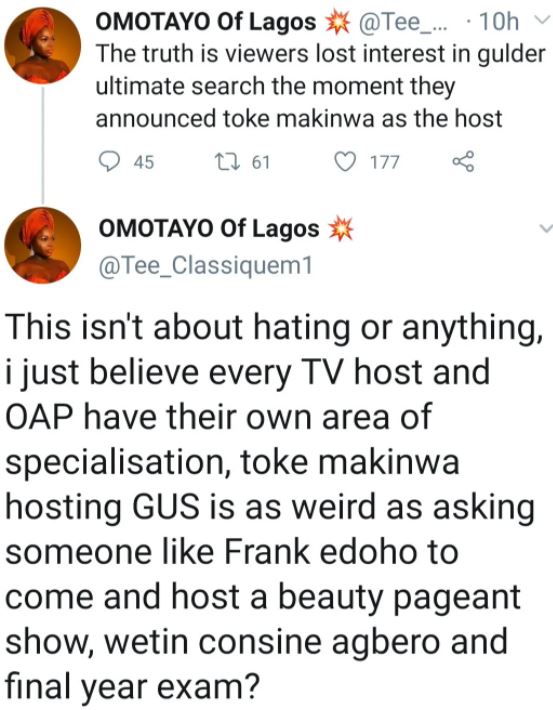 “Your analysis is absolutely wrong. Most TV hosts are versatile and aren’t restricted to one area of specialization. By the way, I hosted the Miss Africa University Beauty Pageant twice in a row.

"Some of us do a plethora of work, we just don’t like posting.” 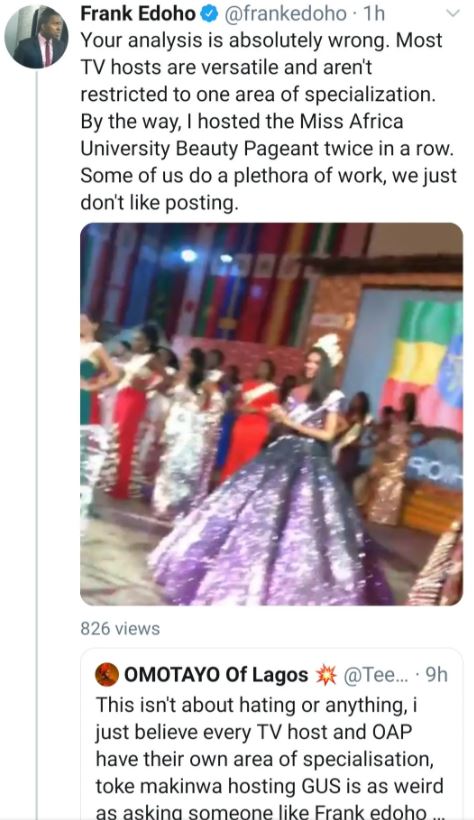