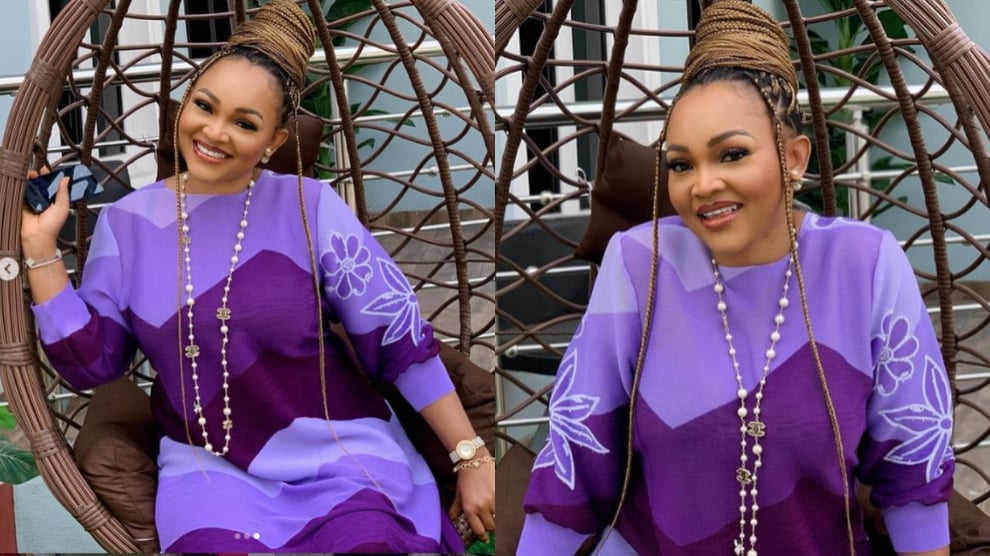 Mercy Aigbe is being dragged on social media after posting a video of herself and her alleged married partner showering cash on Fuji artist Kwam1.

The actress is allegedly romantically tied to the owner of Ibaka TV, according to Instagram blogger GistLovers.

According to the blogger, the man is married with four children and is said to have abandoned his wife and children in Minnesota, which is why Mercy Aigbe has kept him hidden from the public.

Aigbe, on the other hand, has stayed silent regarding the rumors.

She released a video of herself and her purported lover raining money at Kwam1 during a recent event on her Instagram page a few hours ago.

Reacting to the video, some fans slammed Aigbe, urging her to get her own man instead of going after a married man.

dmvfabrics wrote: Mercy aigbe and breaking ppl home like 5 & 6. Get yo own man girl!!! It is the children that always suffer most. Smh

rheekey wrote: The fact that they flaunt it without shame baffles me…