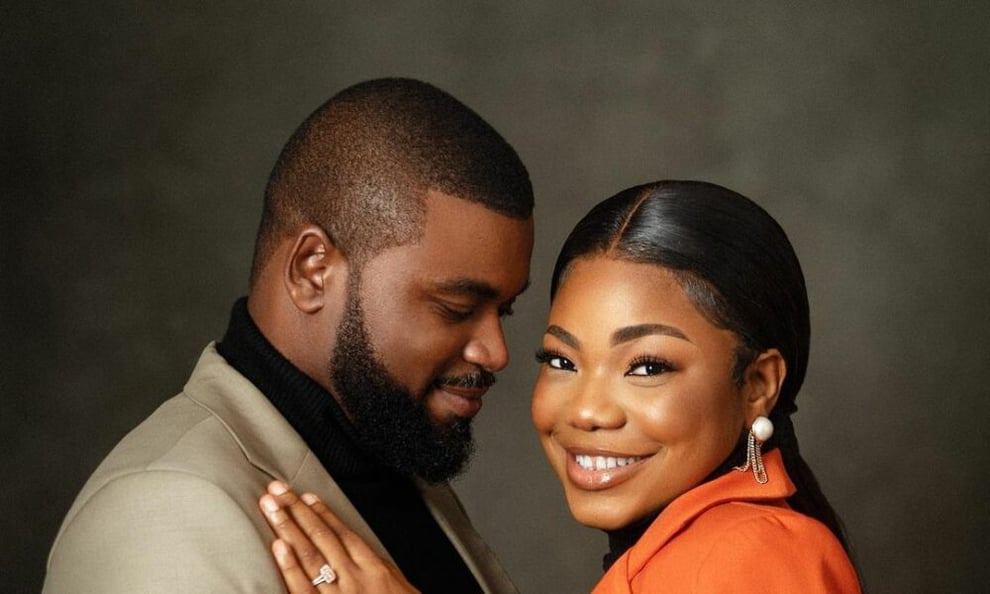 Pastor Blessed Uzochikwa, the fiancé of Mercy Chinwo has replied those dragging him over an old video of him referring to the singer as his sister during a church service.

Shortly after the gospel singer announced her engagement to the Westbrook pastor, social media FBIs set to work and dug out the video, accusing the couple of misleading them.

Speaking on that during a recent church service where singer Banky W was spotted, Blessed gave a shoutout to the online in-laws.

He was quick to say that saying Mercy was like a sister to him does not have an effect because he is also a brother.

According to him, when a man is ready to settle down, he should look among the sisters and make his choice.

“Special shout out to the online in-laws.

"And those who made it in person, God bless you.

"I know Mercy is watching this thing right now, I love you Mercy,” the Westbrook pastor said.

“They dug up my old message where I said she is like a sister. I'm a brother.

"Am I not a brother? We are sisters. When it's time to get married, look among the sisters and pick.

"Pick a sister, who do you want to pick before?

“When Mary Magdalene came to hug Jesus Christ he said wait, I'm going to meet my father and your father. It has turned into brotherhood and sisterhood. The kingdom is one family.

“But people are carnally-minded. We have too many Christians that are not believers.

"We have unbelieving Christians. Be renewed in your mind that you may be able to discern to know when your sister has turned to your wife.”