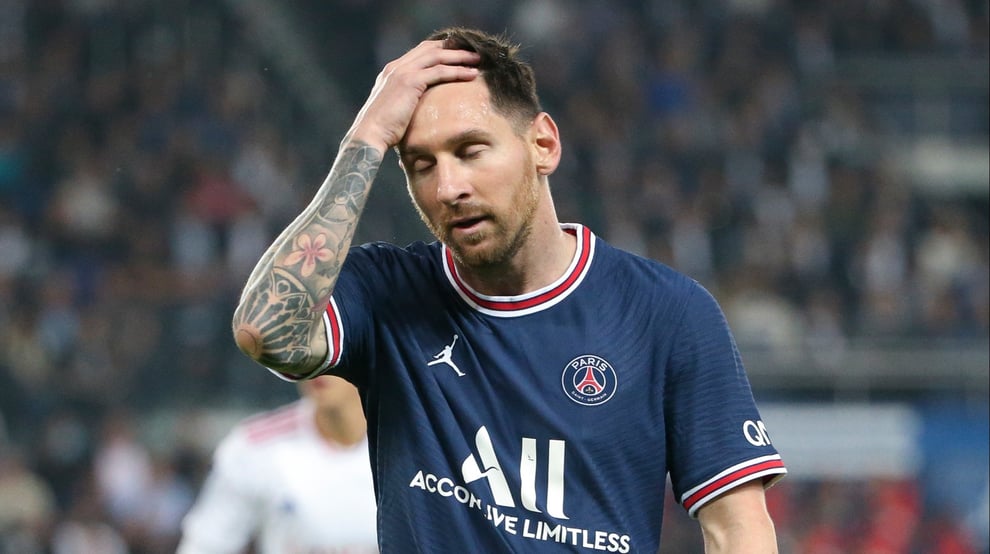 Seven-time Ballon d'Or winner Lionel Messi was absent for the first time in more than a decade on the 30-man list for this year's coveted football award.

Messi, who won the title last year, had been an ever-present among the nominations since 2006 and a regular feature in the top three since 2007 with the exception of 2018.

But Messi, 35, has missed out on the 2022 award following his switch from Barcelona to the French capital.

A change in the format has also worked against the Argentine superstar with the Ballon d'Or no longer acknowledging the best player over a calendar year.

Instead, it is based on a season's record highlighting "the individual performances" and the "decisive and impressive character" of the nominees, according to the criteria.

After leaving Barcelona in the summer of 2021, Messi was unable to stamp his genius on a PSG team desperate for a Champions League title.

The French champions suffered a last-16 exit at the hands of eventual winners Real Madrid.

In total, Messi scored only 11 goals for PSG with his relatively indifferent club form failing to impress France Football magazine, the organisers of the Ballon d'Or which will be awarded in Paris on October 17.

PSG teammate Neymar also misses out after a season where he scored 13 goals in 28 matches.

French international striker Karim Benzema is the overwhelming favourite after being the architect of Real Madrid's 14th Champions League title.

He finished the European campaign with 15 goals.

His goal in Wednesday's 2-0 victory over Eintracht Frankfurt in the European Super Cup took the 34-year-old to 324 goals for the Spanish giants.

That edged him ahead of Raul in the club's all-time list with only Cristiano Ronaldo in front of him with 450.

"He's in line for the Ballon d'Or. Is there any doubt? For me, no," said Real coach Carlo Ancelotti.

Beaten Champions League finalists Liverpool have six players nominated, the most of any club.

Bayern Munich has one player Sadio Mane who we could have been placed under Liverpool but has joined the German club, and so is Robert Lewandowski who recently joined Barcelona.

There is a 20-strong list for the women's Ballon d'Or including English stars Bronze, Millie Bright and Arsenal forward Beth Mead who won the Golden Boot at the women's Euro.

Defending champion Alexia Putellas, who was ruled out of the Euros with a last-minute injury, and Norwegian star Ada Hegerberg, the first winner of the prize in 2018, are also in the running.